“… Are you getting the appropriate amount of exposure to serve your proposed purpose…?” 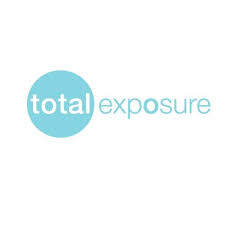 Too often when running for public office; one does not get enough exposure to win the election. Or, when a customer calls the bank president’s office; and the telephone operator doesn’t know the name of the president.  Possibly, even… when something has gone totally awry, and it’s EXPOSED….i.e….emails…regretfully…sent.

I was told a story recently of a relatively new preacher at an urban church, who was talking to some people in the vestibule, when an elderly man comes over and sits down beside the preacher. He went on to tell the preacher who he was, how he was BORN AGAIN, and how much he loved his church.

Not knowing any better… he asked the preacher who he was, and what he did for a living. The preacher answered, I’m the Pastor of this Church. The old man went dead silent. He was, of course…embarrassed because he didn’t know who his own Pastor was. Not to worry, the preacher said…that sometimes happens.

What’s wrong with this scenario? Either the preacher didn’t do a very good job of properly exposing himself to his church’s membership… or the member has not been attending services much in the last few months, or both.

All leaders; mega church, public servants, or large corporations… all, are charged with making sure they are “well exposed to their contingency.”

Are your “exposure needs” being met?

2 Responses to “… Are you getting the appropriate amount of exposure to serve your proposed purpose…?”