“… Both Trust, and Non-Trust are UNIVERSIAL issues… effecting ‘every facet’ of our lives…” 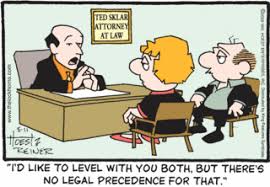 WHO TO TRUST: Who to Trust at the work place? Boss, co-worker, customer…the competition? Who to TRUST at the social levels; or at church, and even some close friends and family members? Many go through life being distrustful of others… some deserving, other not so.  Both Trust, and Non-Trust are UNIVERSIAL issues… effecting “every facet of our lives.”

Yesterday, while chatting with a total stranger (Government Employ), and he told me that he trusted everyone until they gave him a reason not to. My sentiment as well. I’m old-fashioned….I trust people. I believe that TRUST is a “natural inclination.” I believe it to be one of the “gifts” from God. I don’t require people to prove that they’re trustworthy …only that they’re not so trustworthy.

When trust is broken, though…the whole environment changes. I may give some a “2nd chance…even a 3rd….but, then, three strikes…and you’re out. It doesn’t mean that I won’t “forgive” them; that’s a RULE that God has given us to follow. That’s a given. Just because you are willing to FORGIVE does not mean that you, suddenly, will trust a previously proven distrustful person. That would be silly.

However, to give people a “second chance” (or 3rd) is something we all should try hard to do. It will require the “offending person” to AMEND his ways…surely. We may even place “extra criteria” on them, but giving second chances is a “Godly thing to do.” For God, giving 3rd and 4th chances is “His Way.”

For the distrusting soul, however…think about how many good people who are overlooked or discarded; time lost, friendships lost… because they made a “bad decision.” People can, and do change…and for the better. I KNOW that I’ve made my share of bad decisions… and thanks be to God for second (and 3rd.) chances.

Where would “we all be” if God acted the way that we act? God is NOT ONLY the “God of Second Chances;” He is the God of another chance. This is good news for US because most of us mess up the second chance fairly quickly. One of the amazing facets of God’s character is His incredible patience with us. Psalm 86:15 says it well: “But you, O Lord, are a God merciful and gracious, slow to anger and abounding in steadfast love and faithfulness.” Micah 7:18 says, “Who is a God like you, pardoning iniquity and passing over transgression for the remnant of his inheritance? He does not retain his anger forever, because he delights in steadfast love.”

As God gives us second chances, and we must give the same to others.  Jesus gives a stern warning to those who refuse to forgive, saying that if we will not forgive others, will not forgive us.  If someone is truly repentant, then we are obligated to forgive.   In  Matthew 18:21-22, we are told – Then Peter came up and said to him, “Lord, how often will my brother sin against me, and I forgive him?  As many as seven times?” Jesus said to him, “I do not say to you seven times, but seventy-seven times.

← “…It comes in the form of “north vs south” issue, or young guy vs the old-timer; or the borrower vs. the lender… and usually it’s all about JEALOUSLY…”
“…if he’s not able to PROJECT… ‘I’m paying attention’… type of presence…then he might be counted…OUT…” →

2 Responses to “… Both Trust, and Non-Trust are UNIVERSIAL issues… effecting ‘every facet’ of our lives…”