“…But from that day on….I STOPPED using filthy words, especially the “s-word…” 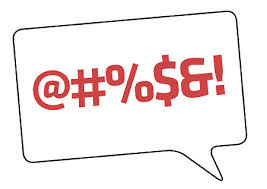 I can remember it so distinctly, just as if it were yesterday. My Mother, and we three boys (Father went to California to find gold) were sitting around the evening dinner table, and my older brother was upset about something, and said the “s-word.”  Mother calmly said….”Sonny, the next time you use that word, think about it as being in your mouth.”

WOW!  I NEVER said cuss words in front of my Mother, but I used the “s-word” all the time; along with an array of other filthy sailor talk, outside the range of her ears.  But from that day on….I STOPPED using filthy words, especially the “s-word.” I used to cuss at my brother’s friends, just to see if I could “shock” them.  There were still a few words that I didn’t know yet, that would come into my vocabulary soon enough.  They used to tell Sonny….”you better tell your little brother he better quit calling us those names, or someday, someone, is going to make him eat those words.”  Heck….I was only TEN.  I was old enough to cuss…right?  WRONG!  I knew better, I was taught better, but didn’t care better.   So, I continued to CUSS until I was 13, about the time that I got “religion.”  And I STOPPED cussing, along with a few other bad habits.

In fact, my children, ranging from 45 to 53, have NEVER hear me use a curse word, nor has my wife.  I just don’t cuss.  I tell you this story because, often, we seem to have “very little control” over what we say (you know….the devil made me do it), and cussing is one of the few things that I have complete control over.  Another is: I quit drinking alcohol about 40 years ago (it was easy, as I only drank about ½ pint a year…no kidding). I wanted to set a good example for my children…. But it turned out that that was wishful thinking; as an older cousin managed to teach them all they wanted to know.

Another is: I quit drinking coffee about the same time. And, I really NEVER smoked. So, there you have it. I don’t smoke, cuss, or drink coffee or alcohol. I have complete “control” over those vices. Having “that control” gives me hope that I can maintain CONTROL over those other SIMPLE vices that we develop.

I’m working on the Golden Rule, still, and trying to treat my bride with more RESPECT.  I’m trying to be more TOLERANT of those around me, who seemingly, don’t know left from right.  I’m still working on the tendency to CHALLENGE everything that other people say, because, they NEVER know what they’re talking about.  And, it’s hard not to BRAG every now and then, but I’m trying to improve on that too.  …I’m trying.

So, I have taken that 35-40 hours per week, doing the bad stuff in life, and have converted to trying to do “good stuff.”  I’m trying to take ALL the SMARTS that I’ve collected over the last 75 years, and started “sharing” them with you, and anyone else who might want to listen.  In the process, I have taken up the habit of “preaching-the-gospel.”  I decided that Jesus was talking to me, when He said in Matthew 28:19 – “Go ye therefore, and teach all nations, baptizing them in the name of the Father, and of the Son, and of the Holy Ghost.”  I do this through my website: BrOOKS-of-WISDOM, and also, I’m trying to “walk-the-talk.”  Heck, I’ve even stopped “telling jokes,” which was a favorite pastime of mine.  In light of all of this “revolutionary talk,” let me know if there is anything that I can do for you.

← “…This is a VERY DIFFICULT thing to do, and to overcome; some would even call it REVOLUTIONARY…”
“…On the other hand, I was a servant out of moral responsibility…” →

4 Responses to “…But from that day on….I STOPPED using filthy words, especially the “s-word…”