“…Elizabeth Taylor, however, never seem to get it right, even though she married eight times….” 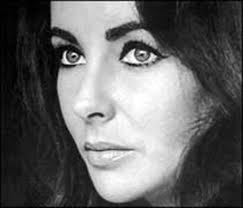 Repetition vs. Routine:  Repetition is the action of repeating something already said, done, or written.  Routine is a sequence of actions regularly followed; a procedure, practice, pattern, or regimen.  I wonder how these two functions can be applied to our work/career, family, social, or spiritual lives?

Well, as far as “work” is concerned; some guys, who are athletes are working, while playing.  How do they get “better” at what they do?  They practice, practice, and more practice…until they get “it” right.  Um…. It even becomes “routine.”  The same “play” over and over, again, until we get it right.  I bet even attorneys, and I know…DOCTORS… have to repeat it over and over again….to get the desired outcome.

I overheard my wife’s Ophthalmologist say recently that he had done Ten-thousand “corrective lens surgeries.”  WOW!  Ten-thousand.  One would think, then, that he ought to have it down pat.  It would be the same with just about any profession.  I once knew a “tool salesman,” who told me he made a very good living on selling “just screw-drivers.”  And, he said, “all the other tools I sell are just cream on the cake (fatter paycheck).”   Screwdrivers, to him, was both “repetitive and routine.”  And, he made “it” work to his advantage.

Elizabeth Taylor, however, never seem to get it right, even though she married eight times.  Neither repetition nor routine were her friend, as neither helped her in quest for marital bliss.    In most cases, then….repetition and routine are important partners when it comes to success in just about any endeavor.

Spending time on a “routine” basis with our children at the baseball park every Saturday morning, might become repetitious and routine, but think of the “outcome” that that process might provide…. A happy, well-balanced child, who KNOWS that his parents LOVE him.  As an accountant, it seemed that I have had my share of repetition and r outine…. But boy-o-boy, how that paid off!   Even SIN, it seems, gets better (or at least easier) the more often we do “it.”  Doing the “same sin,” over and over, ought to get us an “A” in satan’s sin class.

So, too, it would only make sense, that PRAYER, when it becomes “routine and repetitious” would serve a very good purpose.  God wants to hear from us every day.  And for some…like monks…. Who spend a life-time in prayer… well, they ought to have the routine down pretty good too.  Remember: God created man… so that man… would “adore/idolize” God.  It is, therefore, through PRAYER…routine (same or similar pattern or practice), and repetition (same thing every day, or maybe at the same time),  would stand us a better chance of success.  Even asking God for the same thing….like retuning a very sick person to good health, or a drug addict to a quality life.  These are something that we would pray for on a “daily routine…and repeating the same request…over and over again.

Think, then, how the quality of our “conversation with God,” might affect the “start and finish” of our daily lives.  Many people have a “very structured” prayer life.  Which, I believe, will contribute to a very “well-balance and happier life.”  James 5:14-16 – Is anyone among you sick? Let him call for the elders of the church, and let them pray over him, anointing him with oil in the name of the Lord. And the prayer of faith will save the one who is sick, and the Lord will raise him up. And if he has committed sins, he will be forgiven. Therefore, confess your sins to one another and pray for one another, that you may be healed. The prayer of a righteous person has great power as it is working.