“…For some, Income Tax cheating… is not considered cheating…Imagine…!” 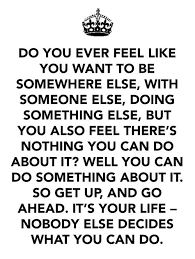 Who do you want to emulate? Who do you want to copy, or better…or improve upon? We’ve all heard stories about “the couple” claimed to never have argued…and no-one had ever heard them argue, or even raise their voice to one another.   Could it be because they argued only in private (as it should be)?

A friend, of some 40 years, has always said…even now… that he never heard his Mother raise her voice. In contrast…My dear Mother…never lowered her voice.   Do you know anyone who never told a lie, cursed, or was deceptive?   I sure don’t.   Do you know anyone who NEVER cheated in any form, or consequence? You know…to some… Income Tax cheating… is not considered cheating. Imagine. Income Tax cheating is probably one of the “most dominating” forms of cheating that we engage in.

Do you know anyone who hasn’t embellished the truth…even, just a little bit? I know, personally, people who have committed every sin known to mankind, including…even… murder. Actually… a triple murder. Sin is no different today that it was two-thousand years ago. There is no such thing as a “new sin.” One never committed by someone before

Ok…I know. How about the guy who stole the Apple watch from his fellow-astronaut… while spinning around some 250 miles above earth. Maybe he was the first one to do such.

While it is true, these types of indiscretions encompass several people, in fact many people. The question is, though…do you want to be like him…or anyone of them? BTW…the guy who was the murderer, mentioned above…is one of the nicest guys you’d want to meet. And, again, there are “ministers of the cloth,” who engage is the most horrific of sins… on Saturday night, yet…they get up on Sunday morning and “preach the gospel.” Do you want to emulate that guy?

BUT, truly I say unto you…. I’ve NEVER met anyone…not ONE…in whom, I want to emulate, …except Jesus Christ…and I know Him…. only, in my heart. God does not expect perfection, because He gave His Son over to crucifixion …for all of our sins. God does expect something in return. He demands that we accept that His Son died for our sins, He expects us to confess, repent, and to convert from bad… to good.

We are told in Acts 3:19-20 – “Therefore repent and return, so that your sins may be wiped away, in order that times of refreshing may come from the presence of the Lord; and that He may send Jesus, the Christ appointed for you. And in James 5:15-16, it is said…. And the prayer offered in faith will restore the one who is sick, and the Lord will raise him up, and if he has committed sins, they will be forgiven him. Therefore, confess your sins to one another, and pray for one another so that you may be healed.

← “…Our tongue can be much like a computer. We say things, and when we ‘hit send’…it’s too late…”
“…Can one succeed without all the formalities and demands of a good, and probably, …extended… education…? →