“…Have you ever known anyone who achieved all they ever dreamed of, then lost it all through their own actions and choices…?” 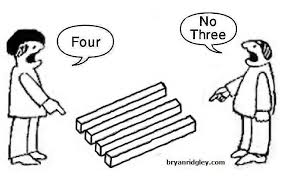 Have your ever worked around a guy who accepts no opinion other than his own?  He doubts, or questions, all universally accepted opinions.  He lacks faith in all, except his self.  He would be considered a bonafide SKEPTIC.

Proverbs 29:9 tells us that- “If a wise man has an argument with a fool, the fool only rages and laughs, and there is no quiet.”  We must be open to consider other’s opinions all throughout life; without just questioning to hear ourselves talk.  I believe that most SKEPTICS just never bother to listen to logic or reason.  Maybe they don’t have the time or inclination to LISTEN.  When we fail, or refuse, to listen to the opinion of others, particularly as it applies to our career; then we might find ourselves derailing a project or POA, plan-of-action.  If we fail to follow instructions, directions, advice, or even common sense; we might find ourselves in the same predicament as Moses found himself.  Moses was a tad bit hard-headed, which is precisely why he was denied entry into the promised land.

Numbers 20:8-12 – “Take the staff, and assemble the congregation, you and Aaron your brother, and tell the rock before their eyes to yield its water. So you shall bring water out of the rock for them and give drink to the congregation and their cattle.”  And Moses took the staff from before the Lord, as he commanded him.  Then Moses and Aaron gathered the assembly together before the rock, and he said to them, “Hear now, you rebels: shall we bring water for you out of this rock?”  And Moses lifted up his hand and struck the rock with his staff twice, and water came out abundantly, and the congregation drank, and their livestock.  And the Lord said to Moses and Aaron, “Because you did not believe in me, to uphold me as holy in the eyes of the people of Israel, therefore you shall not bring this assembly into the land that I have given them.”

It’s not that Moses didn’t believe in God, rather, he had a weakened view of God’s POWER …..that water would pour forth from the rock, as God said.  And he didn’t follow the instructions, as given, and follow them precisely.  He put God in the background.  Rather than “speaking to the rock”…he struck the rock twice; with anger.  This, seemingly, a very minor infraction when not abided, cost him entry into the Promised Land. Likewise, God punished, not only Moses, but all of the “children of Israel” because they failed to follow instructions, failed to believe…. And failed to abide. They wandered the desert for forty years, and only their ancestors actually entered the Promised Land.  While they walked the desert for 40 years, they learned the “hard” way, by experience, to trust the hand of God.  Moses told them that all this training and desert travel, was “so that in the end it may go well with you.”

Have you ever known anyone who achieved all they ever dreamed of, then lost it all through their own actions and choices?  Moses tells his people that God is about to release the fullness of His promise into their lives, and that He has prepared their hearts to live large in the abundance of His provision.  We must ask ourselves….are we PREPARED?   …Blessings… cjlb…10/22/14

← “…as we get older, it is not the things we did that we often regret, but the things we didn’t do….”
“…It was like bluffing your way through a job interview, when you had no real clue as to what was going on….” →