“…Having to ‘ask permission’ does not dilute one’s authority, rather… is strengthened by it…” 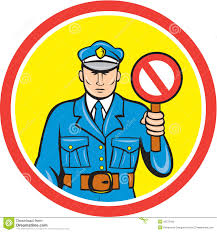 “Sir: Permission to ACT.”   “Permission granted.”   Sounds simple enough…yeah…but.  Rather you’re in the military, or work in the free-market…. Seeking the PERMISSION of the ‘higher authority’…is the appropriate, and almost always, the necessary thing to do.

There are some who think that one of the traits of a “successful leader” is to move forward, deliberately, forthwith, and do so…with or “with-out” permission. I am not an advocate of that theory. In fact, that’s a good way to get your tail fired!

I spent the first 23 years of my career “working for the other guy.” I had the unique ability to put myself in the shoes of the owner… and consequently… was “always” able to act in his best interest. I knew when I could move forward (with or without his permission) and when not too. I knew when to hold…and when to fold…as the saying goes.

I was… always, able to develop the complete TRUST of the owner… such that I knew the difference; as to “when” I could act without his permission and when I BEST seek his permission.

Later in my business career, and for the next 35 years, I ran my own business affairs… and could ACT in my own behalf… incidental to the consequences. Either way, I was never hesitant to move forward. I LEARNED early in my business career… unless, or until, I was the one signing on the dotted line… than I darn better know when to “ask permission” from the “higher authority.” Having to “ask permission” does not dilute one’s authority, rather… is strengthened by it. So… for most of us….we are working for the other guy…and, when making those big decisions… make sure you have the “proper authority.”

We are reminded in… Hebrews 13:17 – Obey your leaders and submit to them, for they are keeping watch over your souls, as those who will have to give an account. Let them do this with joy and not with groaning, for that would be of no advantage to you. James 4:17 – So whoever knows the right thing to do and fails to do it, for him it is sin.

← “…This… I believe… will give you another perspective on Love…”
“…COMPETITION: It’s often very stressful…but still… I LOVE the excitement and the challenge of putting it together… as some might say…The Art of the Deal…” →