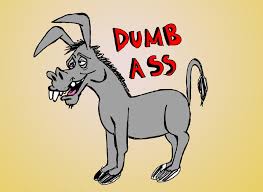 DIGGING DITCHES: Have you ever actually dug ditches for a living? I have… not so much as to depend on it for my livelihood, but rather, to show those under my authority that I didn’t consider myself to be “so good,” such that I couldn’t do the same as what I asked them to do. In other words… I’ve never asked anyone to do anything that I wasn’t willing to do myself.

But there’s another type of “ditch-digging” that some of us have found ourselves embedded. Ever find yourself in a rut (sort of speaking)? Most of us have probably dug that type of ditch ourselves… most often…too often. Usually because we are into something that we shouldn’t be doing or that is not in our best interest. We’re just up to “no good.”

We’ve all been there, to some degree, and getting out of that ditch is not as easy as getting in…. much like losing weight…fast to come…slow to go. Easy in…hard out. , Usually, it’s a case of losing our focus … and our commitment. And, absolutely a case of…having shoved God aside.

Remember though, God is just outside the door, as He is the God of Patience and Forgiveness. Ask His forgiveness, repent, convert to good, and that ditch will fill soon be filled to the brim with His Loving Grace and Mercy. I know… because I’ve been in that ditch…and, it’s no fun!

Here is a Dumb Ass in the ditch story: One day a farmer’s donkey fell down into a deep ditch. The animal cried for hours as the farmer tried to figure a solution. Finally… he decided the animal was too old… and the ditch needed to be covered anyway and the “dumb ass” just wasn’t worth trying saving. He invited all his neighbors over to help him cover up the ditch with the donkey in it. They all grabbed a shovel and began to shovel dirt into the ditch. At first, the donkey realized what was happening and cried horribly. Then, to everyone’s amazement, he quietened down. A few shovel loads later… the farmer looked down into the ditch and noticed that with every shovel of dirt that hit his back, the donkey would “shake it off” and take a step up. As the farmer and his neighbors continued to shovel dirt on top of the animal, he would shake it off and take a step up. Soon… the donkey stepped up over the edge of the ditch and trotted off! Life is such that it’s going to dump dirt on you, all kinds of dirt… most of it being “self-imposed.” The trick to getting out of the ditch is to shake it off …and take a step up. Thanks be to God…

← “…Too often we get so “caught up” in our own successes, that we forget how we got there…”
“… Failure is proving one’s self as unsuccessful, more often than not… a result of ‘just giving up.’ ” →