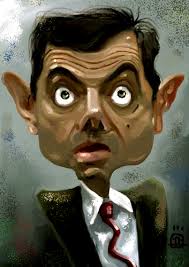 NAME, BLAME, & SHAME: This is a “game” played, all too often, by those who don’t want to accept responsibility, and subsequent consequences, for their own actions…miss-actions, or behavior.

Now, for those Leaders and followers, who stumble in the process of following their assigned roles, be it leader or follower, and who then subsequently fail in some manner, they then try to shift the failure to one of their co-workers, or subordinates, by “naming, blaming, and then shaming” the victim unfairly.

They will only get away with such antics for a period, and then the “game” will be over…and the shame will be theirs. Not however, theirs alone, as too often… they have family and friends that are seriously affected by their “failed antics.”

We are WARANED in Proverbs 28:13, which says: “Whoever conceals his transgressions will not prosper, but he who confesses and forsakes them will obtain mercy.”

I have an (identity withheld) acquaintance who is a “very well educated” person, well healed ($$), who bungles more of the “common everyday” events than any normal person could do in a lifetime. He’s one of those people who has plenty of “book sense” but absolutely “no common sense.” He doesn’t know when to come in out of the rain. I don’t think he’s ever had his shoes off… so he’s surely a “tenderfoot.” If there’s a car in distress on the side of the road, he gets so close to the car…like a magnet is pulling him. If he misses a turn…it’ll take him a mile or two to turn around, whereas any normal-thinking person would do a “quick-U-turn.” Here’s my point. He’s NEVER wrong. He’s NEVER made a WRONG turn in his life. He’s NEVER made a mistake. It’s ALWAYS someone else’s fault. Excuses…excuses…excuses.

This type of “blameless attitude” has decidedly more potential for disaster in the Corporate World, as the BLAME can go on for just so long…before the true identity of the one who is at fault finds its “real home.”

In our relationship with God…one CANNOT pass the buck. The “buck” will stop at his own door. God will “hold each of us responsible” for our own deeds… or misdeeds. There is no-way to escape the wrath of God.

Romans 1:21-22 tells us…“because, although they knew God, they did not glorify Him as God, nor were thankful, but became futile in their thoughts, and their foolish hearts were darkened.  Professing to be wise, they became fools.” And Luke 12:48 says… “But the one who did not know, and did what deserved a beating, will receive a light beating. Everyone to whom much was given, of him much will be required, and from him to whom they entrusted much, they will demand the more.”

On the other hand…God is anxious to “reward” us when we abide by His will, as told to us in 1 Timothy 6:17-19 – As for the rich in this present age, charge them not to be haughty, nor to set their hopes on the uncertainty of riches, but on God, who richly provides us with everything to enjoy. They are to do good, to be rich in good works, to be generous and ready to share, thus storing up treasure for themselves as a good foundation for the future, so that they may take hold of that which is truly life.

← “…Awkward is the moment when we, as leaders, have to deal with disciplining an adult in …”
“…I’ll NEVER forgive him….his ass is grass…” →