“…I came to discover that “getting out of dodge” was a genuine relief….” 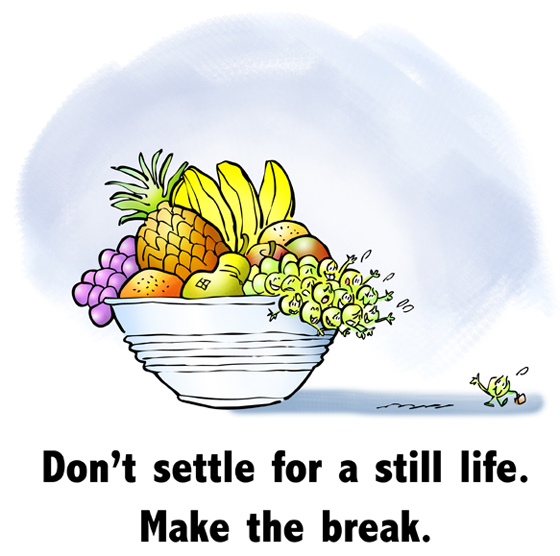 BREAK-TIME: When I was a young manager, I seldom, to never, would take a real vacation. I would take the occasional Friday off and occasionally Monday during the summer months. A real vacation was not on my agenda because I wanted to appear to be indispensable to senior management.

Besides, I could always use the extra money for the un-used portion of my vacation time. It was not until many years later that I came to realize what I was “really missing out on.”   Not to mention the recharging process of my batteries, my mental integrity; plus I needed a little R&R.

I came to discover that “getting out of dodge” was a genuine relief. When you’re the Leader, it’s hard to take a break, but I still, and highly recommend, one try very hard to take the occasional “break” from the never-ending responsibilities of being the boss.

Break-time from the “grind” may be good for re-charging your batteries; but taking a “break from God,” is… not such a good idea. When we “put on the breaks” with God…we are losing out on “those special GRACES” that He designed “just for each of us.” That would be “you and me.”

In  Memoriam: …Dear Lord, remember your servant, John Fitzgerald Kennedy, who died by the hands of satan…. bless his soul and his family… November 22, 1963.

John Fitzgerald “Jack” Kennedy, commonly referred to by his initials JFK, was an American politician who served as the 35th President of the United States from January 1961 until his assassination in November 1963.  Born: May 29, 1917 – Assassinated: November 22, 1963.