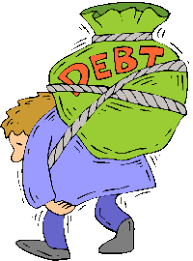 A friend and I were talking recently, how in our younger days, we tried “so hard” to be accepted by our friends, and then later, our co-works, and bosses. We wanted to be “in the crowd,” in on all the “cool-stuff.”  So, that’s the way it is with most of us; particularly when we were teenagers. Those years are where some of our “life-long” habits were born. For many, smoking was the “real thing.”

When we started smoking…we were part of the in-crowd. I never smoked, and I didn’t drink, either, but I was a HEAVY CUSSER from about age 10 until about 14. Then I got RELIGION and quit the “sailor-talk.” But my peers; well, they SMOKED and drank BEER. On a side note…until this day, I STILL cannot figure out why anyone would want to SMOKE, as it is such a serious killer, and causes all sorts of health issues; and the same with DRINKING. BAD stuff!

Anyway, as youngsters, we pick up some bad habits. Add to those, the “girlie-stuff.” Ok…I was a bit rational, so I didn’t “play-around” either. For several reasons; I respected the “lady-folk.” And by the time I got old enough to “know what was going on,” is about the same time that I got “religion.” Plus, I liked then, and still do, the idea of marrying someone of innocence.  Which, I did.

Well, as we got a little older; we began picking up more bad habits in college. Again, I didn’t, because I got married at 19, and I had to WORK, go to NIGHT-SCHOOL, and in a few years, to support a FAMILY; so I didn’t have time for bad-habits. Some bad habits we learned early in our career; range from; doing a poor job at work; arriving late; talking instead of listening, gossiping, and miss-representing the truth… to our bosses, our co-workers; even to our family and friends.

My social life, as such, centered around people who were OLDER than my wife and me. I hung around with guys who were more advanced in their careers; thinking that “it would rub off on me.” I didn’t pick up their bad habits; but I was EXPOSED to them, and KNEW that whatever some of those guys were doing, I would do the opposite. Plus, I worked 60 hour weeks to get “ahead,” not to fall behind.

One of the BIGGEST bad habits I saw, in my co-works, and friends was….”getting into too much debt.” You may wonder…how can one get ahead without incurring DEBT? I’m not suggesting that I NEVER borrowed money; I’m saying….I NEVER bought something that I couldn’t afford. In fact, I NEVER owed money of consequence; I had NO-DEBT, other than my house mortgage, which was small compared to my friends.

I’m serious… no-debt; no car payments (I saved and paid cash), NO department store accounts (I paid cash), no boat, no golf, no hunting, fishing, or other weekend sports…no gambling (and no drinking and smoking). I never had a credit card until I was 40 years old…I paid cash. From age 25 until 40… I SAVED all raises that I received. The first motel I built…paid CASH; ditto the second; I assumed mortgages on the third (fully financed); and when I built my first hotel…paid cash. As I got older, I had a GAME-PLAN. I “highly-leveraged” property that I previously paid cash for, then took the money and paid cash for property that I wanted to keep. Then, sold the leveraged property (that I didn’t want), and took proceeds and bought more property…and kept doing it over and over. My plan worked very well.

Now, I wonder…WHY do we spend so much time/energy trying to IMPRESS people, by trying to be “like them,” and who add little to our life. Yet we ignore God, who adds everything to our life? People “don’t care”…but God does. People come and go….but God stays. We learn BAD HABITS (and then we teach those same bad habits to others, including our own family) from people…but learn GOOD-HABITS from God. Timothy 4:7 – But reject those myths fit only for the godless and gullible, and train yourself for godliness. For “physical exercise has some value, but godliness is valuable in every way. It holds promise for the present life and for the life to come.” This saying is trustworthy and deserves full acceptance. In fact this is why we work hard and struggle, because we have set our hope on the living God, who is the Savior of all men, especially of believers. …Blessings…cjlb… 3/9/15.

← “…In true reconciliation, we have to ‘say what we mean, and mean what we say.’…”
“…With “that kind” of protection…who needs insurance…? →