“…If you have difficulty determining who ‘your hero is,’… then more likely… you don’t have an identifiable hero….” 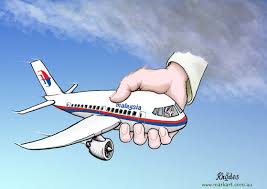 He’s my Hero… As young father’s, we were often thought of as hero’s to our children; and as a preteen, my hero was: John Wayne, or Jimmy Stewart; then as a young adult – it may have been a boss, or pastor. As adults; our father, or an older brother. As older adults – maybe an older brother, a success ridden Warren Buffet or Bill Gates.

Along the way, some may have gotten “caught-up” with certain movie stars, or a Jimmy Bakker, Lance Armstrong, or Michael Jordan. For others, it may have been Hitler, JFK, Neil Armstrong, or polygamous Warren Jeffs; or cult leaders Jim Jones, David Koresh, Charles Manson, or possibly… Hollywood’s Michael Moore.

And finally, if one is “really blessed,” then he will discover that Jesus Christ is his True Hero.  As for me… He truly is.    1 Thessalonians 4:16 – For the Lord himself will descend from heaven with a cry of command, with the voice of an archangel, and with the sound of the trumpet of God. And the dead in Christ will rise first.

CAUTION: You cannot identify a hero by his clothes; personality, or physique.  Hero’s come in all shapes and sizes. Remember; a Proper-Hero is someone who is not just a good person; but would be a “righteous” man of Christ.

If you have difficulty determining who “your hero is,” then more likely… you don’t have an identifiable hero. If you want one… then… as a suggestion; you might start with the idea of “following someone” who lives by the GOLDEN RULE, who is surround by “like kind,” and who treats his wife and mother-in-law…as if they were a Queen.

Another definition for “hero” might be someone who has such traits, that he is held in high esteem by most of his peers. And one… who is deeply involved in his Church, his Family, his Friends, and with God…Our Lord Jesus Christ, and is a SERVANT to all those around him.   Those others who fail to pass the test…are to be avoided, as not being “hero material.”

← “…We have a ‘BUILT-IN’ reservoir of what is “right and wrong’…”
“…The reason behind this “life of fakery,” is because we have little or none… ‘Authentic, subsurface, and deeply-rooted’ relationship with…” →