“…I’m learning, though…late in life…is that the fight is “just not worth it…” 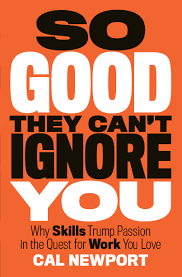 LIME-LIGHTER: Some people just love the LIME-LIGHT.   They will seek the “center-of-attention” at the first opportunity. They thrive on being in the middle, no matter if it’s “the right, or the wrong” side of the issue; as long as they’re the focus of everyone’s attention.

Often they are like this because they really think they are “in the right,” and everyone else is “in the wrong.”  They can’t see the reality of the situation, and are invariably making a fool of themselves.   I know a few like this, and maybe you do to.   Plus, I know just a little bit about this because I’ve been accused of being “like that” on the rare occasion (by people who don’t really know me…. Of course….they’re WRONG ….(get my point?).  I know that you see it coming…..I think that kind of “know-it-all” is narcissist.  And you’re darn right I do.  And, again, I’m RIGHT… .(get my point?).

There’s an individual like this in a group that we hang around with on occasion, who is constantly seeking the center of attention….and the fact is…she gets it.   Everybody, over the years, has acquiesced to her “being in control.”  It is because of this person’s knack for being a BULLY that we tend to stay away from this group.  We just don’t want to be victimized like that.  She is in a “government job,” which she landed because her father was an “elected federal official.”   I doubt she’ll be in that position much longer, because I believe she is about to be “out-bullied.”  One could say that someone should have put her in “her-place” a long time ago.

I’ve described a “not-too-pretty-picture” that could fit the description of a lot of people that, too often, we have to encounter, and deal with…. Like it or not.  The person in this scenario, who is destined “not survive,” is the LIME-LIGHTER.   The rest of us will move on….moving with the flow of life.  Is it necessary that we “put her in her place?”  Will it make our life easier?  What good will come of it all?  In the case of Jesus….’He says to turn the other cheek.”  I‘ve tried this before, and allowing the OFFENDER to get away with it, is no fun.  We’re human too…right?  What I’m learning, though…late in life…is that the fight is “just not worth it.”   There are no winners…only losers.     I’m very sure that it is God’s intension for “us” to learn from this type of “know-it-all-bully,” so that we might be better prepared for “life’s great journey;” and that we might be better prepared to take the FALL ourselves, or to endure a FALL by a family member, or loved one.  We see it every day, where the wife of some LIME-LIGHTER gets up in front of the entire world, while her husband admits to some serious character-flaw.

God is preparing us…so pay attention.  People who are like person I’ve been describing…DON’T ever CHANGE.  But we can.   I go back to my original position….stay away from them.  We can learn from Ephesians 4 26: “Be angry but do not sin.  Do not let the sun go down on your wrath.”

← “…wives…sometimes…have to deal with husbands (or vice-versa) that have fallen victim to a character-flaw…”
“… He immediately apologized, and I believed him to be sincere…” →

2 Responses to “…I’m learning, though…late in life…is that the fight is “just not worth it…”