Silence is GOLDEN… The other day, someone sent me a low-end comic film of a guy who was getting
impatient while waiting “too long” for his girl-friend to show up for dinner. She finally showed up, refusing to accept any type of romantic salutation; and immediately began telling him, with profane rhetoric, that he was terrible in bed, that his father was a crook, that his brother was trying to get her in the bed, and his mother was the worst cook in the world, and she was dropping him… kicking him out of her life, and on… and on. He couldn’t get a word in… so he remained silent. Finally, when she ended her tirade; she asked him….”so why did you invite me to dinner… you must have known I was going to dump you.” He responded, while pulling a “ticket” out of his pocket…. “I just won the 250 million dollar lottery, and I wanted you to be the first to know.”  SILENCE.  Obviously his silence saved his life, as he was going to propose to this witch. His silence saved his life…. And his future.

Believe me on this: I’m an EXPERT on keeping my mouth shut.  It takes great mental strength to keep one’s mouth shut.  Maybe a better way of saying this is…..KNOWING when to keep your MOUTH SHUT, and your ears alert.  Many times over the years, keeping silent, has saved me many thousands of dollars, saved many deals, as some people think that “silence is a form of stupidity.”  I’d rather let my opponent “think I’m stupid (or not understand what’s going on), that to open my mouth… and remove all doubt.

I remember one time that I thought that I should have an increase on a contract renewal. I felt that a 10% increase would be adequate and FAIR. It took all my strength to keep silent….but silent I was.  Finally, the CEO of that company, said: I know you’re not going to be flexible, so how about 30%, besides, you’re worth every dollar?”  Not only did I get this big increase, but a compliment that was not expected.  I think that by remaining silent, will keep your opposition guessing as to what your position is on a specific issue.  Intense silence keeps the opposition GUESSING. 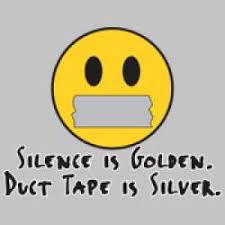 So that you don’t think that I walk on water…. One time, not long ago, I was negotiating a contract that I thought that I had in “the bag.”   Out of the blue…I made a closing remark that, literally, killed the deal. I knew better… I was smarter than that.  But, I let my guard down, and acted familiar in un-familiar territory.  It cost me several hundreds of thousands.  Proverbs 17:27-28, tells us: He that hath knowledge spareth his words: and a man of understanding is of an excellent spirit. Even a fool, when he holdeth his peace, is counted wise: and he that shutteth his lips is esteemed a man of understanding. …