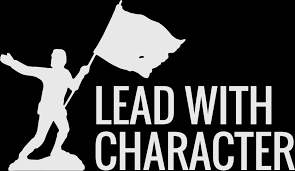 Sure…a very successful Salesman, for an example, can satisfy all of those same needs, or ambitions, without ever leading anyone; EXCEPT maybe, being the LEADER in sales volume. Bottom line: We can all be leaders……. There is “no excuse” for not being a “leader within ourselves.” We can COMPETE with ourselves… our previously achieved goals; as well as others.

There are some, like me, for an example…. Who wanted to lead for the “pure challenge,” of it all? But boy… what came with the territory of being a Leader. All the financial responsibilities, the 7/24 commitment, the responsibility of the success of the company, and all of its employs…. Banking, suppliers…on and on. Admittedly, the REWARDS can be handsome, and sometimes, the COST of SUCCESS can be HANDSOME, as well.

Looking back over my career… I have surmised that “every leader” is first…. A SALESMAN. He/she is always having to SELL themselves, their idea, the package, the project… the company… and the employee…on something. So… being a salesman is the first requirement of leadership. And that is precisely why many Leaders…. Not pass the test of leadership…. They’re not salesmen.

Ok… that said… Salesmen, don’t have to be LEADERS. There are many SALESMEN that make more money than their bosses, owners, and even the president. Seen it hundreds of times. A good salesman is selling himself….FIRST, then his product, or idea.

So, if you don’t want to be a leader, or think that you’re not cut-out to lead…. Then stay in sales… or get in sales. Then, my friend, you can be #1 all the time; and likely make the “very big money.” All, without the PRESSURE… of being a LEADER.  I’ve seen many salesmen, turn to being leaders, only to return to sales…. haven’t you?

We are all called to be “fishers of men.” My favorite scripture… Matthew 28:18-20 tells us: And Jesus came up and spoke to them, saying, “All authority has been given to Me in heaven and on earth.” Go therefore and make disciples of all the nations, baptizing them in the name of the Father and the Son and the Holy Spirit, teaching them to observe all that I commanded you; and lo, I am with you always, even to the end of the age.”

This verse sure got my attention about 3 years ago, and had it not…. Then you would not be reading this posting today. I would have been out “helping myself,” instead of trying to “help others.” Are you a “fisherman?”

← “… our IMPACT is more critical, and therefore takes on greater potential for either, HORRIFIC or TERRIFIC, consequences…”
“…People are born so that they can learn how to live a good life — like loving everybody all the time and being nice, right…?” →

2 Responses to “…Is it money… ego… commitment… control… competition… or, just, personal satisfaction…?