“…I’ve NEVER, personally, known anyone who has a name, such that, when added to mine…would make a difference in the out-come….” 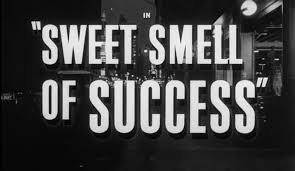 Name Dropping: Are you a name dropper? Well, I may be, at least, I’ve been known to drop a name if I thought that it suited my fancy, especially when a “good name” came in handy. Why does one feel like they must “drop a name;” probably because it might improve their position on a given issue?

Of course, I’ve just been “jesting” a bit; as I really don’t drop names. The reason being: Who needs them… not me? I stand on my own, so I don’t have to look over my shoulder; and I sure don’t want to be beholding to anyone…. Plus, I wouldn’t want to defame anyone.

There’s a difference between using someone as a reference (with their permission) and just arbitrarily using their name in such a way as to imply that you are closer to them than you really are, thinking it might help you…look better. Plus, I’ve NEVER, personally, known anyone who has a name, such that, when added to mine…would make a difference in the out-come.  Hopefully, though, my sweet Bride might feel a bit different.

If I can’t do it on my own, I don’t want anyone’s help. I know, you probably think I’m a bit stuck on myself….well you’re probably right; I’m just calling a spade…a spade.

Here’s what I’m sure of, though, and that is… if there’s a name worth dropping, then it would be…Our Lord Jesus Christ. He’s the Man. He wants to help you…anytime, anywhere, and under any circumstance.

We are told Romans 8:28 says:  And we know that in all things God works for the good of those who love him, who have been called according to his purpose.

Look at it this way… if one cannot determine if you are a “believer” by your demeanor and actions, then there is “no-name” that is going to help you.

← “…There is a time in which we should have a back- up plan in business planning and strategy, but when and why…?”
“…Lord, help me to be an instrument of Your peace, and a conduit of Your Love…” →