“…My big disappointment was that I lost my best friend, confidant, and mentor…” 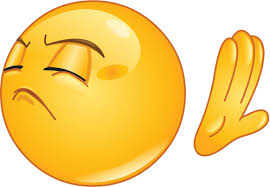 Mentor Rejection:  This term seems to have taken on a life of its own, with the unexpected and untimely passing of comic Joan Rivers.  I had forgotten about the relationship and mentorship of Tonight Show Host Johnny Carson and Joan Rivers.  She became his permanent substitute during the 6-8 weeks per year that he took off; which guaranteed a lifetime of success for the dynamic comedian.  Later, she had an opportunity to have her own talk-show that was scheduled to be in direct competition with the Tonight Show.  Johnny went bananas on the revelation, and NEVER spoke to her again.  In fact, she NEVER appeared on the Tonight Show for the 25 years following Johnny Carson’s death; until Jimmy Fallon’s opening show, where she made a brief appearance.  The REJECTION by Johnny Carson was devastating to her, and an a REJECTION that she NEVER recovered.  I’ve tasted a similar type of Rejection in both the same form, and similar forms.  I had gone into the Real Estate development business, as an employee, then later as a junior partner, with one of the Premier Real Estate Developers in my neck of the woods.  We became immediate best friends (in the business sense…not social), and had the utmost trust and confidence in each other.  This went on for some 10 years, until one day, I decided to strike out on my own.  The big difference was, though, as I was getting out of residential building and subdivision development, and entering the hotel/motel industry as a developer and owner/operator.  This would not be considered to be in competition.  Our friendship ended.  During a lawsuit that we were involved in (suit and counter-suit), it was said that we were equitable to a good marriage…gone bad.  My big disappointment was that I lost my best friend, confidant, and, mentor.  I got over the business aspects of the “divorce” but never got over the demise of our friendship.  Unlike the Carson/Rivers episode, we were, at least Southern Gentlemen, and on the occasions that our paths crossed…we acted accordingly. While it was a bad experience, and a great monetary loss; but the good news is that I moved on, and by most standards became very successful in all of my adventures.  What I wish to point out is….the single most important MENTOR that we have is none other than…God Himself.  He loved us so much that he created us in His Image, giving us much of His own spiritual Gifts; and also gave us His only begotten Son…Jesus Christ, who God allowed to die on the cross for our sins.  Plus, even when we “go out on our own,” He NEVER abandons us; he NEVER stops loving us.  He never REJECTS us.  The fear of rejection is actually a rejection of God’s truth. God not only created each of us to be uniquely similar to Him; He also made us acceptable through Christ: Ephesians 1:4 – “Even before he made the world, God loved us and chose us in Christ to be holy and without fault in his eyes” …Blessings…cjlb … 9/9/14

← “…There is no coincidence, consequence, condition, happening, or function that is not part of God’s Plan….”
“…and if I have a faith that can move mountains, but do not have love, I am nothing….” →

2 Responses to “…My big disappointment was that I lost my best friend, confidant, and mentor…”