“…No matter what you say or what you do in warfare, victory belongs to the strong…” 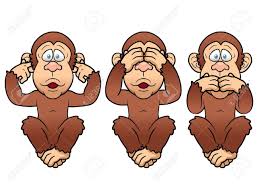 “….And your preference is…”  Which is better: strength in numbers, or quality of strength? If you’re fighting a war, maybe you’d prefer strength over numbers. Or, maybe quality over strength might prevail?

Could a team of 5 All-Star basketball players out play a 15 man team of average players? Maybe it’s the mix and balance of power and brains. Maybe it’s a toss-up. It might be affected by how they’re equipped. Would you prefer 300 men in tanks; or 30 men in F-16’s? Get my point? Maybe it’s all about strategy; about design; about equipment…about brains. So it is in R&D, Sales, Warehousing, Management, etc.

Remember Jesus only had 12 Apostles spreading the word to the entire world of that day. The Bible tells us in Judges that Gideon beat out the Midianites using 300 men against 22000 Midianites. Judges 7:7 And the Lord said unto Gideon, By the three hundred men that lapped will I save you, and deliver the Midianites into thine hand: and let all the other people go every man unto his place.

This is especially true because satan cannot be reasoned with. He has no characteristic in him that would cause him to show the slightest mercy or grace. He knows only rebellion against God and only destruction and he desires to enlist as many as he can in his campaign against God no matter what the consequences for people. Satan cannot be persuaded to change; he can only be forced to flee from us.

God has unlimited power, satan has limited power. God’s might is infinite. In Job 42:2, Job says, “I know that you can do anything and that no purpose of yours can be withheld from you.” God is sovereign over satan and rules over all his activities.

In Job.1:1-2:10 God gives satan permission to attack Job who is a believer and puts limits on what Satan can do. God is the most powerful being in the universe. His power is infinitely superior to Satan’s. All of Satan’s works are under God’s control. We are SAFE in the arms of God……

← “…I surely don’t like to conform. I know, it doesn’t match my traditionalist lifestyle…”
“…There is a time in which we should have a back- up plan in business planning and strategy, but when and why…?” →