“…One must learn to ‘use humility’ to their advantage, and their success will be more sustainable…” 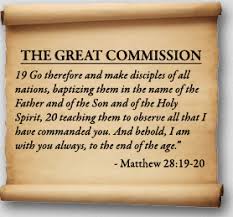 Inferiority vs. Superiority! What’s the difference between Inferiority and Superiority? Just think about it for a moment….. Ok….the answer is: HUMILITY. Well…that’s my answer anyway.

What would the world be like if we all had a dose of humility; we would likely find a much better place in which to live. How would humility fit in the traditional corporate community; in the scope of today’s business environment? …Probably not too well… mainly, I think… because of “political correctness gone awry.” As we generally view the corporate world; it’s a dog-eat-dog…killer instinct…dog pound. You chew them up, and spit them out. Or worse… get chewed up yourself.   By “them,” I mean to say… anybody in the way…a co-worker, the competition, the customer; even, sometimes…family. They’re all chasing the DO$$AR.

The problem here; would be … their success will be short-lived. Somebody will be out to get the Super-Star, and he’ll go down like a mouse in the grease-trap. There will always be someone out there that is fully capable to “out-do” the last Super-Star.

On the other hand, if the Super-Star will learn a little HUMILITY (and a bit of Dignity wouldn’t hurt) along the way to their world of stardom… they’ll gain more friends along the way who will help pave the way for their “stardom” to be more sustained and successful. One must learn to bide their time, learn to “use humility” to their advantage, and their success will be more sustainable.

Humility is the healthy balance between inferiority and superiority. It’s when you take the strong attributes of both, and blend them… so as to work for you, rather than against. And… Success or Failure, in this precious thing we call life, is often determined by one’s ability to blend the two successfully.

Proverbs 30:8 …tells us this: “Remove far from me vanity and lies: give me neither poverty nor riches; feed me with food [sufficient for my maintenance] for me.”

The Lesson Learned: A “little humility” NEVER hurt anyone.

← “…I was given a thorn in my flesh, a messenger of Satan, to torment me…”
“… Don’t speak to me on that subject unless you can speak with authority….” →