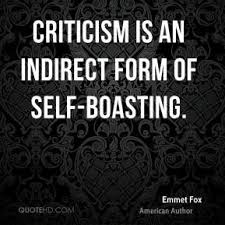 Boasting vs. Embellishing…. I’m “not too guilty” of these misdemeanors. Sure, I have my druthers, but I keep them to myself. My simple mind thinks of boasting as more along the lines of miss-stating the facts. For an example: …having a PhD, when one only has a Masters. Or, like having a mafia connection…when in fact… you lived next door to a “shady character.” I’m probably more-guilty of embellishing than boasting.

Boasting is bragging about certain facts that, for the most part….are TRUE. Some like to boast on how smart their child is, and telling everybody…every day. Others would be boastful…like Mr. Trump…”I’m the greatest.” No real harm done, but just a worry-some bother. Or, gloating about one’s recent promotion or achievement…over and over. Maybe, even, bragging about how beautiful your wife and children are. It’s not changing the facts, rather, it’s bragging about the facts, be it children, money, achievements, or possessions.

Rather it’s boasting, bragging, embellishing, or gloating, the main person being hurt is ones-self; and indirectly….their family. Seriously, it’s not a good thing to do; and as we grow older, and enjoy some measure of success. These traits are not necessary, or appropriate…for advancing one’s cause. Worse yet, are those people who do both…Boast and embellish.

So… our time would be better spent if we were boastful of “other people” and their accomplishments…and not our own.