“…Positive Thinking People are Happier, more healthy, and are better with ‘coping skills’ ….” 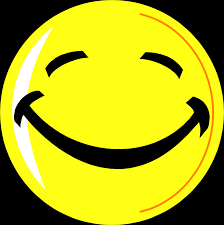 “Accentuate the Positive.” That’s what my Mother always used to tell me.  We can all find something negative to think about, or to describe someone else…. Can’t we.  But, how about intentionally thinking of something “positive” to say about someone?  I had a former employer/turned partner, who seldom, if ever, spoke ill of someone.  I knew when he didn’t really care for a particular person, because he would… when given the opportunity to do otherwise…say: “I found him to be an amusing fellow.”  I knew that he didn’t like the fellow at all, but you wouldn’t hear him say so.
I’m not so much like my old friend as I’d like to be, but I did pick up many other business acumens that tided me over very well; for which I will always remain thankful.  I wonder…. What’s in us, that gives us the inclination to “say something negative,” when we could just as well say something positive?  Sounds like a possible New Year’s resolution… It would seem to be an interesting challenge; when each time we are inclined to say something negative… that we pause… reflect…and, instead, say something “positive.”  Think what it would do for our own disposition; the way we feel about ourselves….people would view us a “positive thinkers.”
Sometimes, “corporate interviewers” will “try to trap” us into saying something negative about former employers.  Advice: Don’t do it.  No matter the inclination, or temptation… it’s a lose…lose…situation.  It shouldn’t take much of an IQ to say something nice, than something not so nice.  It should be like smiling…. Go ahead…try it… smile.  See…that’s not that hard.  And, neither is saying something nice…and positive.  Would you rather be remembered for being a “positive person”, or a NEGATIVE person?
Positive thinking can actually be measured (I personally don’t know how), as science has proven that Positive Thinking People are Happier, they’re more healthy, and are better with “coping skills” than negative people.  “But seek you first the kingdom of God, and His righteousness [which are His commandments—Psa. 119:172]; and all these things shall be added unto you” (Matt. 6:33). Putting God and His Way first—letting Him direct your life and protect you during trials and pick you up whenever you fall—is the key to real, lasting peace of mind and security.  This is the true way to positive thinking.  Those who do this understand that “all things work together for good to them that love God, to them who are the called according to His purpose” (Rom. 8:28).  Despite feeling overwhelmed in times of great difficulty, we can fully rely upon God.  If you put Him first, He will put you first.  He has promised to never leave or forsake those who trust Him (Heb. 13:5).  And God always keeps His Word (6:18).  With this in mind, remember these words: “If God be for us, who can be against us?” (Rom. 8:31).
None of us like to be around “negative people,” and very often, negative people find themselves….isolated and alone.  They pay a price for being negative.  This is a price that is not necessary to pay.  Thinking positive…. costs us nothing, plus we will “feel better” for having done so.  In fact…. I feel better, already, just for writing about it.
…Blessings…cjlb…12/16/14
Photo Credit:  funhp.com

← “…I was ‘too busy’ chasing the next opportunity…. The next dollar…. The next challenge….”
“…I’ve prepared a list of attributes that, when followed, will GUARANTEE you a lasting position of leadership…” →