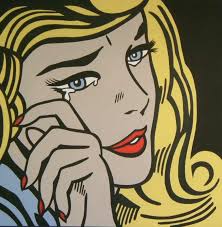 “If you don’t love her….someone else will.” A distant relative of mine recently told of an on-going family crises involving his daughter. She had developed a rebellious attitude that was not only affecting her own life, but also the life of those near and dear – her parents, siblings, and even …friends. Her school work had plunged from 4.0 to something less then measurable. Her friends seemed to be abandoning her, as well as her boyfriend. And seemingly… she hated her Mother and Father – blaming them for all things bad.

Of course, prayers were abound from all around, but that didn’t appear to be working. Their minister was called in for some serious counseling, and that was not working…remotely. The daughter was playing the blame-game with her Father, disrespecting him at every opportunity. Such disrespect that shocked him beyond… even his navy years.

Does any of this sound familiar to you? The Mother was just beginning to make some headway in her relationship with their daughter, but the Father was still totally ignored. The daughter “refused” to deal with her “know-it-all-dad.” While Dad was worried; and at a total loss as to what to do; he wasn’t willing to take any responsibility and was unable to deal with daughter effectively. The problem there, was that Daughter and Dad came out of the same “hard-headed” mold.

Finally, Mother told Father….if you don’t show her your love….someone else will. W-O-W…thought Dad…I can’t let that happen. And with that thought firmly implanted… the Father began to “change his attitude,” and over the next 4-5 months, his daughter began to soften. Father and daughter, finally, had begun making some small, but promising, progress in rebuilding their Father/Daughter relationship.

This is true in almost any scenario that one can imagine. It makes “no difference,” who the participants are, and what issues are present… rather it involves work related issues, home, or even church related issues… love is the conquering force….the glue that “holds it all together.”

← “…Let me tell you what others did for me as their ‘Act of kindness’….just TODAY…”
“…Being over-confident, and cocky, is not a very good mix…” →