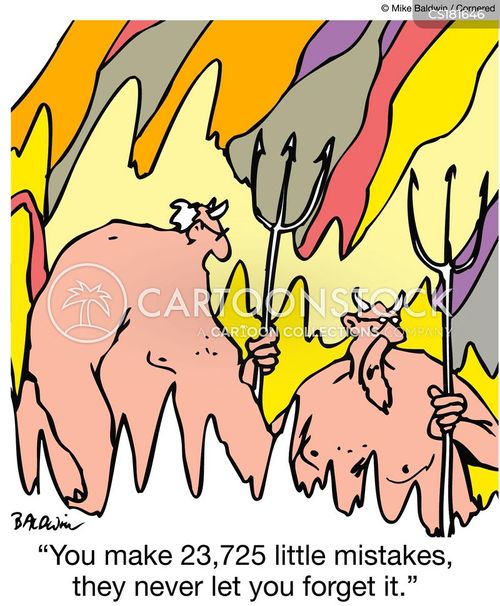 MISTAKES: Thanks to Beverly Farrar (LinkedIn) for reminding me of this quote by MARCUS TULLIUS CICERO, “Six mistakes mankind keeps making century after century: 1) Believing that personal gain is made by crushing others; 2) Worrying about things that cannot be changed or corrected; 3) Insisting that a thing is impossible because we cannot accomplish it; 4) Refusing to set aside trivial preferences; 5) Neglecting development and refinement of the mind; 6) Attempting to compel others to believe and live as we do.”

We’re all going to make mistakes, some simple honest-type mistakes…some others…intentional; inspired for harmful reasons. And then, the type of mistakes that fall into the six categories as shown above. Most mistakes don’t result in very much damage to others, but of course, some do a lot of damage; i.e. car wrecks resulting in death of innocent parties.

Just the other day, someone scrapped the side of my granddaughter’s car (purchased for her 16th birthday – on Valentine’s Day) and decided to leave the scene of the accident. Surely the scrapping of her car was “not intentional” and clearly a “driving mistake,” but the attempt to leave the scene of the accident would indicate that she “chose to do harm.” This, of course, was an intentional act on her part, and says very little for her “character.”

These types of “mistakes” are the ones that “we can choose” to convert from a “mistake” into an “opportunity.” The lady described above missed a “golden opportunity” to… not only, “the right thing,” …by staying at the scene and making sure that no-one was hurt, and to accept the resulting responsibilities as “her own.”  She also, could have set an example for my granddaughter, and the young occupants in her own vehicle….by staying at the scene.

Another, more tragic, example of a “mistake gone awry” is that of the Toyota car manufacturer who allegedly hid certain “airbag” failures. The issue involves defective inflator and propellant devices that may deploy improperly in the event of a crash, shooting metal fragments into vehicle occupants. While Toyota says there have been no related injuries or deaths involving its vehicles, a New York Times report in September found a total of at least 139 reported injuries across all automakers, involving airbags.

General Motors also was involved in “mistake” that could have been avoided early on, but denied responsibility in an ignition switch defect that prompted the recall of more than 2.6 million vehicles in 2014. GM originally said it only knew of 13 deaths linked to the switches. GM has set aside $550 million to pay victims. Death claims are eligible for a $1 million payout for the person who died, and $300,000 each for the surviving spouse and any dependents.

However, the largest “recall distinction” is held by Ford Motor, which in 1980 recalled 21 million vehicles from 10 model years for a problem that caused some vehicles to slip from park into reverse. Records show Ford’s solution for that problem, which investigators linked to 6,000 accidents and nearly 100 deaths, was to send drivers a warning sticker to put on the dashboard.

We are told in Galatians 6:1-5 – Brothers, if anyone is caught in any transgression, you who are spiritual should restore him in a spirit of gentleness. Keep watch on yourself, lest you too be tempted. Bear one another’s burdens, and so fulfill the law of Christ. For if anyone thinks he is something, when he is nothing, he deceives himself. But let each one test his own work, and then his reason to boast will be in himself alone and not in his neighbor. For each will have to bear his own load.

Think of the LOST lives, money, and HONOR involved in these “hidden mistakes.” Mistake… or not…Right is “always right,” and WRONG is always wrong…

← “…Good Leaders may not need ‘Sight’ to be successful Leaders, but they will need ‘Vision’…”
“…LinkedIn provides us a “platform,” which provides ample opportunity to influence GOOD vs. EVIL…” →