“…This is a VERY DIFFICULT thing to do, and to overcome; some would even call it REVOLUTIONARY…” 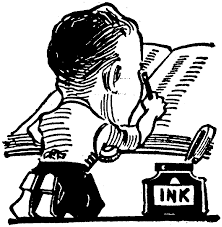 WORDS: If you’ve not figured it out by now…. I love to play with words.  I try to use them in ways that one does not usually think of doing.  My purpose….. to stir the brain up a bit…. to enhance the power of thought.

Today’s example is the word Evolution, and how the meaning changes drastically when you convert it to Revolution, and then maybe Revolutionary. It starts to get pretty hairy, even…. Complicated.

In using EVOLUTION, we think in terms of the gradual development of something, especially from a simple to a more complex form.  Or even more popular; the process by which different kinds of living organisms are thought to have developed and diversified from earlier forms during the history of the earth.

Then, moving on to REVOLUTION, we think in terms of being rebellious, or mutinous, and subversive; similar to war and politics.

And, the one I like most, is REVOLUTIONARY, which ranges from profound, unorthodox, innovative, futuristic, far-reaching. It’s found in revolutionary new drugs, the computer age, and the exploration of the universe. But something that is not often thought of as revolutionary and being synonymous with “complete, total, and absolute,” is God. ….Now we are talking about how God is Revolutionary. God, like Revolutionary, is “unconventional, unorthodox, innovative, modern, cutting-edge, and state-of-the-art.  Think for a moment… we’ve NEVER seen God, personally, so we have to employ something called “faith,” to believe and accept in something that…we’ve NEVER seen; and for some…. This is a VERY DIFFICULT thing to do, and to overcome; some would even call it REVOLUTIONARY.

But God has “give each of us… sufficient FAITH, to believe and accept Him.  Ephesians 2:8-9 – For by grace you have been saved through faith. And this is not of your own doing; it is the GIFT of God, not a result of works, so that no one may boast.   Hebrews 11:1 – Now faith is the substance of things hoped for, the evidence of things not seen.   Matthew 21:21 – Jesus answered and said to them, “Truly I say to you, If you have faith, and doubt not, you shall not only do this which is done to the fig tree, but also if you shall say to this mountain, Be you removed, and be you cast into the sea; it shall be done.”   …Blessings…cjlb…11/4/14.

← “…Your Grandma put in a hard day of work today and she’s real tired. And besides – a little burned biscuit never hurt anyone…!”
“…But from that day on….I STOPPED using filthy words, especially the “s-word…” →