“…Time… because of my stupidity…was not… ‘of ESSENCE’…” 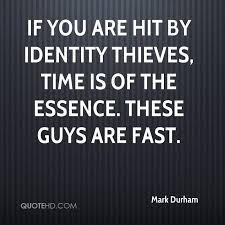 Time is of the ESSENCE: Timing is everything. For those who are familiar with real estate contracts, and most any legal contract; there is always a clause dealing with TIME. When to close, when to complete a certain condition in the contract, etc. That clause is there for a REASON, and is not to be taken lightly, for granted, or handled recklessly. Contracts, and all its clauses…are there to PROTECT “all participants” to the contract.

Failing to make the various time frames, and conditions, perfectly clear will leave you with a WEAK CONTRACTUAL AGREEMENT, which might make enforcement more difficult…not to mention the conflicts that are likely to arise.

Some 35 years ago, I had a Senior Partner offer me a $25,000.00 bonus, if I would sell a 1000 acre parcel of land for him. I said…Sure, I’d sell it, but I didn’t want the BONUS, I’d do it for nothing. He responded with authority… “I insist…if you don’t get something out of it…you’ll never sell it.” So, I reluctantly agreed. Six months later, I sold it for $6 Million, and to this day, I’ve not been paid. It wasn’t in writing, and TIME, at the time, didn’t seem important.  WRONG!

In a more recent example, I had a “verbal understanding” with a “high-rent-tenant” that I would extend his lease for one additional year… which was requested by him. We “shook hands” on it (which was good enough for me), and I told him I would bring an extension agreement around in a few days.

By the time I got around to it; those few days became three weeks. I wasn’t worried about it, as we had done it this way for the two previous renewals.   When I presented him with the Agreement, he said that he was looking at another location… and the end result… he relocated… leaving me with a $72K hole in my cash flow for the next 12 months….if not more…and longer.

A very REAL, and very serious MISTAKE on my part. I knew full well then, and now, that I should have presented the Agreement, for signing, immediately upon our verbal agreement. My word was good – his was a bit clouded. But… it was not in writing, and therefore un-enforceable.

Time, because of my stupidity…was not “of ESSENCE.” At the very least, I FAILED miserably at basic contract law.  We are reminded in….REVELATION 1:19 – “Write down what you have seen–both the things that are now happening and the things that will happen.

My dear brother once had a “saying”… “If it’s worth saying, then it’s worth writing down.” How right you were Brother.

← “…Be patient…wait on God.”
“…I employ ‘strict rules of engagement,’ and will leave no stone un-turned in developing…” →