“…To most… time is not given a whole lot of thought; because we THINK that we have an ENDLESS supply…” 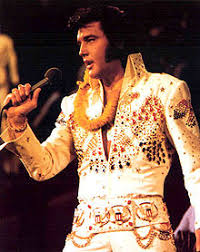 Which is more important….TIME….or, MONEY? Let’s reflect on that for a moment. I recently got stuck (a matter of perspective) with hauling two of my grand-daughters to school… somewhere between 21 and 40 miles away (one-way), depending on the route traveled. I took the route that their Mother usually travels (and their preference), as opposed to the route that I would have traveled… the most DIRECT way.

There’s a lot to consider here….so, try to follow me.  To my grandchildren… cost is not an objective.  To my daughter (and wife) time is the objective.  To me… cost is the objective.  My daughter and wife, feel that it is QUICKER to go the interstate route, and it is about 10 minutes less in time, (according to my time piece); but they also feel that even if the time were equal, they would prefer the longer route, because there is not as much traffic (which I disagree); there is just less traffic lights.

I PREFER the most DIRECT route, and the LEAST expensive (by almost ½). I mean…. Use a little common sense.  I would rather spend 10 more minutes on the road, and save 50% of the expense… which would put me ahead of the game.  Even if the time and the cost were the same, I would go the “most direct route.”  I’m not dumb…. just… critical thinking.

The EXPERTS would all agree that TIME is the most important; for a variety of REASONS.  1) There is only a limited amount of time that we have.  2) At the end of our lives, would we rather have more time, or more money? Time would win.  3) We would not need more money if we had no time to spend it.  Now this is STUPID.  Most women, and some men, could spend a million dollars in one hour.  Most people spend what they want, or can afford, regardless of TIME.  4) Those that have plenty of TIME, want more MONEY; and those with plenty of MONEY, well… they want more time.  For me…. Given the “worldly choice,” …. I would want BOTH.   And 5) Seek a “healthy balance” between the two. Number 5, seemingly, would make the most sense.

For me; I would weigh each set of circumstances on their own merit.  In my specific case; I can afford to pay more, but would rather save the money and spend 10 more minutes in drive time.  My daughter cannot afford to pay twice as much, but does anyway, because her time, it seems, is more important.  Ditto my wife.  If time is MORE important to me, on a given situation, then of course….I would pay more $$ to get there.  If money is more important…then I sacrifice time.  I wonder how Elvis would feel about it?  Would he want more time, or money?

Let’s be honest…. To most… time is not given a whole lot of thought; because we THINK that we have an ENDLESS supply…but, factually….some of do, and some of us don’t.   That said, forgetting about HEALTH, POVERTY, and SAFETY issues…. And just focusing on TIME; most of us think we have “all the time in the world.”

But the WISE man, is going to use his time WISELY.  He will make every moment count.  WE are warned in the Bible, that we will have to account for all of our idle time and talk.  That’s pretty scary for most of us…. For me, anyway.  Just as you would EXPECT me to say…. I want to MAKE SURE that I spend an appropriate amount of time with Our Lord God, Jesus Christ.   So…. How much time is required?  What does God ask of us?

We are told in John 17:1-26 – When Jesus had spoken these words, he lifted up his eyes to heaven, and said, “Father, the hour has come; glorify your Son that the Son may glorify you, since you have given him authority over all flesh, to give eternal life to all whom you have given him. And this is eternal life, that they know you the only true God, and Jesus Christ whom you have sent. I glorified you on earth, having accomplished the work that you gave me to do. And now, Father, glorify me in your own presence with the glory that I had with you before the world existed.

I don’t think God is asking for a “specific amount of our time,” but rather, He is asking that the time we spend with Him, that it be “smothered” with a GENUNINE LOVE for HIM, and our fellow man.

← “…I’ve run for public office on four different occasions, going from “almost winning,” to what was I thinking…”
“…Do not let the sun go down on your wrath…” →