“…Todd Beamer had a Plan-Of-Action; he had followers; and he had the “gumption, commitment, and courage” to carry out this process….” 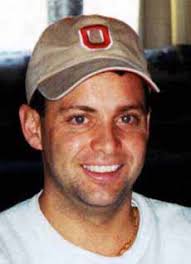 “Are you guys ready?  Okay, let’s roll.”  After United Airlines Flight 93 was hijacked, Todd Beamer and other passengers communicated with people on the ground via air phones and cell phones, and learned that the World Trade Center and the Pentagon had been attacked using hijacked airplanes.  Beamer tried to place a credit card call through a phone located on the back of a plane seat but was routed to a customer-service representative instead, who passed him on to GTE supervisor Lisa Jefferson. Beamer reported that one passenger was killed and, later, that a flight attendant had told him the pilot and co-pilot had been forced from the cockpit and may have been wounded.  He was on the phone when the plane made its turn in a southeasterly direction.[4] According to accounts of cell phone conversations, Beamer, along with Mark Bingham, Tom Burnett and Jeremy Glick formed a plan to take the plane back from the hijackers, and led other passengers in this effort.  Later, he told the operator that some of the plane’s passengers were planning to “jump on” the hijackers and fly the plane into the ground before the hijackers’ plan could be followed through.  Beamer also recited 23rd Psalm with Jefferson. According to Jefferson, Beamer’s last audible words were “Are you guys ready? Okay, let’s roll.”  (Taken from WikipediA) This entire episode is one that we all should want to emulate.  Todd Beamer had a Plan-Of-Action; he had followers; and he had the “gumption, commitment, and courage” to carry out this process.  It is the same force of “gumption, commitment, and courage” that Christ called on Peter to do in Matthew 14:28-30 – Peter said to Him, “Lord, if it is You, command me to come to You on the water.” And He said, “Come!” And Peter got out of the boat, and walked on the water and came toward Jesus.  But seeing the wind, he became frightened, and beginning to sink, he cried out, “Lord, save me!”…Are we ready to be a Todd Beamer when Christ calls on us in “tight situations” to come to Him?  Blessings…cjlb… 3/15/14.

← “…Staying focused is not that difficult when we weigh the consequences of distraction….”
“…One never knows who might be sitting next to them, who suffers with symptoms of L-S-E….” →

6 Responses to “…Todd Beamer had a Plan-Of-Action; he had followers; and he had the “gumption, commitment, and courage” to carry out this process….”