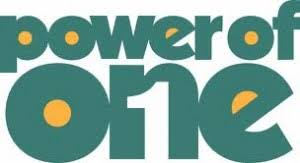 Promote Change / the Power of One:   What can just “one person” do to promote change?

First, we can do just what we do every day…just be ourselves.  Think for a moment; in what way, and when, have you been an influence on someone? And, was that influence a positive, or a negative?  We have influence over others, often, when we don’t even realize it, particularly with young people.  Both good and evil people have had influence on major elements of the population over time.

Martin Luther, a Catholic Priest, led the Protestant Reformation, and through that un-intended event, founded the Lutheran Church.  He nailed a leaf of papers on the Cathedral door, known as the 96 Thesis.  Luther, an unknown …changed the Christian World… alone; without the sophistication of Bill Gates.

Using today’s media…and the power of the INTERNET… even a lone person has the ability to CHANGE the world, now, more so than ever.  Even now, I’m trying to influence each of you to exercise “your power to influence” (over others) and to be the instigator of change.

The underlying requirement that most influences the success, or failure, of your power to influence others, is…Jesus Christ.  If you don’t prayerfully seek His support, then, you are wasting your time. Sustained success will NEVER be within your reach.  As we find in Acts 1:8 – But you will receive power when the Holy Spirit has come upon you, and you will be my witnesses in Jerusalem and in all Judea and Samaria, and to the end of the earth.

One must remember, too, that when we are “agents of satan,” we also have sustaining power to “do evil.” Meaning… we can have a very negative influence of those around us; especially those who are typically “more innocent.” In terms of evil…two negatives do not make a positive.

To make my point, even more pointed…I’ve always thought myself as being more POWERFUL than satan… because of God’s gift of free-will… I can tell the devil to go to HELL, and that he has no-power over me.   I have that power because of my prayerful relationship with the Holy Spirit… And, I hasten to add… you also have that power.

← “…We can Trust, we can have Faith, we can have Hope, and we can have Love…”
“…If I’ve kept your attention up to this point, then, let me simply conclude by stating this…” →