“…What better deal can one have than to be a “friend of the Master?…” 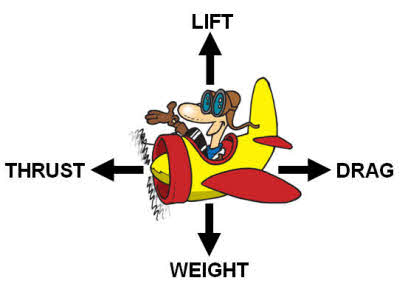 Choosing Friends vs. Flying an Airplane?

The same could be said in choosing your friends…. As today, I wish to focus on the art of choosing friends. Surely we want someone who will LIFT us up; make us feel better for being around them, and one that will bring joy and happiness into our daily routine.

We also would want… someone around us who adds an element of THRUST; one who strengthens our weaknesses, who moves us forward, and adds a certain zest-factor.

Then there’s the elements that are not so desirable… such as; one who adds un-necessary WEIGHT into the relationship. They bring their problems into the friendship, weighing you down; adding to your own insecurity, and complicating the process of life.

And those… that put a real DRAG on you; who slow down your momentum; who are bad influences on your lifestyle, and are always… complaining. Who needs WEIGHT and DRAG?

So… let us focus on the LIFT and THRUST types of friendship. John 15:15 tells us: “I no longer call you servants, because a servant does not know his master’s business. Instead, I have called you friends, for everything that I learned from my Father I have made known to you.”

WOW… what better deal can one have than to be a “friend of the Master?” But… that’s just what we are offered when we follow the Lord, Jesus Christ.

As Jesus journeyed towards the end of his public ministry, he made a prediction about both… his coming passion and death… as found in John 12:32, when he declared: “When I am lifted up from the earth,” he said, “I will draw everyone to myself” This proclamation is full of promise and hope, and show us that Jesus didn’t come into being… only to forgive our sins. But, He came into being…to bring us into a relationship with Himself. He came so that we could be “thrust” to him and “lifted up” with him, so as to be in the presence of his Heavenly Father.