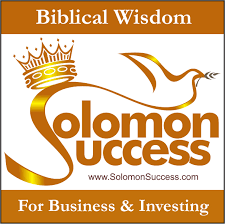 WEALTH: I love money and all that it provides. Sickening isn’t it? That’s what we all are faced with at one time or another. Don’t get me wrong, I’m no different than most. What I love most about money is “not the money” but the “art of making it.” We are a nation in pursuit. It’s all a distraction from what is more important.

While earthly pursuits are important; we must realize God is the MOST important. Matthew 6: 19-21 says: “Lay not up for yourselves treasures on earth, where moth and rust does corrupt, and where thieves break through and steal. But lay up for yourselves treasures in heaven, where neither moth nor rust does corrupt, and where thieves do not break through nor steal. For where your treasure is, there will your heart be also.”

This is one of those areas that “mankind” has loads of trouble with. Money vs. God. Does God want us to be “well-off,” as in wealthy? I believe he does. Countless bible characters were very wealthy…Abraham, Jacob, Job, and of course… the richest… King Solomon.

Exactly how rich was King Solomon? Did God make him wealthy, or did he inherit it from his father David, or did he have to earn it all himself? Many people are aware that God gave Solomon, the son of King David, wisdom. However, God gave him far MORE than an understanding heart with which to judge the children of Israel. He also blessed him by making him rich!

We are told in 1 Kings 3:10-13…Shortly after Solomon became King, God appeared to him in a dream and offered to give him ANYTHING. He requested “an understanding heart,” so that he could fulfill his responsibilities as king over all of Israel. God’s response to his selfless request was amazing and unique. “I will do what you have asked. I will give you more wisdom and understanding than anyone has ever had before or will ever have again. I will also give you what you have not asked for: all your life you will have wealth and honor, more than that of any other king.”

God not only promised to make David’s son the wisest man EVER but also to make him RICH. There has never been a human in history who had SO MUCH gold and silver “at his fingertips” such that it was as common as pebbles! Since we know he ruled Israel for forty years, and that he brought in roughly 1.1 BILLION dollars of gold EACH YEAR, we can safely assume his assets were in the billions of dollars.

God made Solomon the wisest man to have ever lived. With such a gift, King Solomon felt it was necessary to write down what he understood and pass it on to all of mankind. The result of his efforts was the Book of Proverbs, where he wrote concerning being rich and its true place in life.

“Happy is the man who finds wisdom, and the man who gains understanding; For her proceeds are better than the profits of silver, and her gain than FINE GOLD.” (Proverbs 3:13-14)

While God had not made such promises to us… He has said in Jeremiah 29:11-12 – ‘For I know the plans that I have for you,’ declares the LORD, ‘plans for welfare and not for calamity to give you a future and a hope. ‘Then you will call upon Me and come and pray to Me, and I will listen to you.…