“…What’s happened to our Pride, our Conscience; and our Patriotism…?” 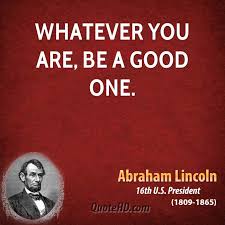 Charles Brooks, 45th President of the United States. Um….sounds good to me. This is probably the first and last time you’ll see it in print. Just think…the last time we had someone remotely qualified to be president, was George Bush, the 41st President.

In my opinion, he was probably the most qualified individual to ever occupy the Oval Office. George H W Bush served as the 41st President; the 43rd Vice-President, a Congressman; Ambassador; and Director of The Central Intelligence Agency. He also served our Country as a pilot during World War II.

He became a naval aviator at the age of 18. After completing the 10-month course, he was commissioned as an ensign in the United States Naval Reserve at Naval Air Station Corpus Christi on June 9, 1943, just three days before his 19th birthday, which made him the youngest naval aviator to that date.  He flew 58 combat missions for which he received the Distinguished Flying Cross, three Air Medals, and the Presidential Unit Citation.

Other noted backgrounds brought to the Presidency were a National Guard pilot, former governor, a neighborhood organizer; not to mention a movie star, and peanut farmer. So, why can’t I be next? I once held the rank of First Class Boy Scott, which puts me in line as qualified; if measured against some of the others who have held this high office.

Seemingly, our government is leading us down the yellow-brick road. What’s happened to our Pride, our Conscience; and our Patriotism? We’ve kicked GOD-out of the schools; out of the corporate Board Rooms, and have aligned ourselves with the God-less. Our morals are an all-time LOW and our DEBT at an all-time HIGH.

For starters, if I were President, I would propose: Voting against ALL incumbents; eliminate the IRS; impose a National Sales Tax; in-act Term Limits; subject all elected officials to the same laws and benefits as the common citizen. I would eliminate Secret Service protection to former presidents after 5 years of leaving office; eliminate pension for former first ladies; and determine the Presidential Election by Popular Vote. Only in America!

So…What does God want from us… considering the “state of affairs that our country is in?” Micah 6:8 tells us exactly what God expects from us: …What doth the LORD require of thee, but to do justly, and to love mercy, and to walk humbly with thy God. Jesus provided us more instructions in Matthew 22:37, when He said: “Thou shalt love the Lord thy God with all thy heart, and with all thy soul, and with all thy mind. This is the first and great commandment.” You simply cannot love God this deeply without knowing Him, and believing Him, and obeying Him. To love and “walk humbly” with God is to believe God, to know God, and to do the will of God. Jesus also said in Matthew 7:14 – “Strait is the gate, and narrow is the way, which leadeth unto life, and few there be that find it.”

What God “requires of us” is simple, we have only to follow His instructions.

← “… Don’t speak to me on that subject unless you can speak with authority….”
“…Following ‘the wrong guy,’ knows no age limits; no time limits, and no racial, cultural, or ethnic limits…” →

2 Responses to “…What’s happened to our Pride, our Conscience; and our Patriotism…?”