“…When we add a sense of being PROUD to the equation, then too often we get so ‘caught up in ourselves’… as to…” 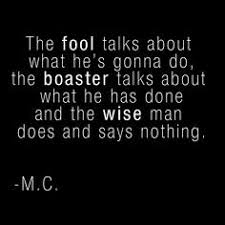 Don’t be PROUD…be …THANKFUL…  Some years ago, my older brother and I were talking about the “process of prayer.”  I have a very involved and sophisticated form of prayer; a bit on the traditional and formal side.  That’s just me.  Big Brother, on the other hand… was not too keen on prayer, or much of it.  He…to my surprise, said… “When I pray, I mostly just say…Thank you God.”

W-O-W, I thought…not much to that.  But… like many military veterans who had the experience of Viet Nam behind them, and the effects of it… before them, each and every day…they seem to have lost a “bit of something special” between the for and the aft.  It was some years later that I began to think he was not that far off center.

He was thanking God; and I was asking more than thanking.  I think we’ve both amended our prayer habits… he coming closer to my way… and me…moving closer to his.  Either way, I believe…God can deal with our shortcomings.

When we add a sense of being PROUD to the equation, then too often we get so “caught up in ourselves”… as to where we’re going… where we want to go… and where we’ve been….and how did we get to these places; and what’s our next move… towards the ladder and process of life.

In small company environments… it’s not that hard to find out these matters, and while we might get a bit PROUD…no one is paying that much attention.  In larger corporations…we can, and often do…get carried away with… and VERY PROUD of our accomplishments, to the point of boasting as to how great we are.  And, there will always be someone, or circumstance, that will cut us down to size… but yet… we remain, still PROUD.

Being PROUD interferes with being THANKFUL.  The two don’t seem to mix well.  We all… probably… could work a little harder on being THANKFUL and less BOASTFUL.  1 Thessalonians 5:18 – Give thanks in all circumstances; for this is the will of God in Christ Jesus for you. – 2 Timothy 2:15  – Do your best to present yourself to God as one approved, a worker who has no need to be ashamed, rightly handling the word of truth.

So there you have…it’s NEVER too LATE to learn from your “big brother.”

← “…I’ve even met some pretty rough characters in my…ug…almost 77 years…including a few…”
“…I like things refined, defined… and confined…” →

2 Responses to “…When we add a sense of being PROUD to the equation, then too often we get so ‘caught up in ourselves’… as to…”