“…Without going into medical and social issues, of which I am not qualified, I will simply say this…” 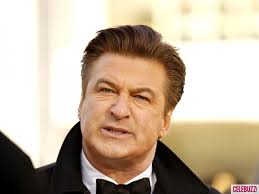 Some people function in open DEFIANCE as a matter of practice, rather than the exception.  He defied me by jumping out of a moving vehicle.  He defied management by liquidating the property without corporate approval.  He approved that contract in defiance of my authority.  He let the prisoner out of jail in defiance of a court order.  Why are some people openly, or routinely defiant?  It would seem that ARROGANCE would play a major part… that some time in life, you determined that arrogance seemed to advance your career.  Sometimes making a lot of money early in one’s career will lead one to think they’re above the law, and above common compliance.  Some of us are simply, very narrow minded, opposing all views but our own.  Most defiant people see themselves as leading a popular cause, yet in enemy territory.  Then, there is always a health issue that should be considered as the reason for defiance….   known as: ODD, or Oppositional Defiant Disorder.  This disorder is typically found in very young children, but if left un-checked, it could lead to a life of strife; that too often finds itself in adulthood.  Without going into medical and social issues, of which I am not qualified, I will simply say this:  If I were (and I have) to encounter someone who is always “defiant,” that I would make it my business to AVOID them completely.  If you encounter someone who is, too often, resentful, irritating, loses their temper quickly, revengeful, always argumentive, blaming others for their own shortcomings, and who are easily annoyed….then STAY-AWAY from them, as they can, do, and will affect you own mental health, well-being, and likely your career….especially if they are a family member.  I make no attempt to judge or condemn anyone who is a victim of illness, but failing to seek appropriate help lies within themselves and their families.  I do suggest that for those who fall outside of the ODD aspects, can, with the proper help, take corrective action that will allow them to function appropriately in society.  And, BTW, some people are JUST PLAIN MEAN, which smells of the same symptoms.  Consider then…. Colossians 3:20– Children, obey your parents in everything, for this pleases the Lord.  James 4:17– So whoever knows the right thing to do and fails to do it, for him it is sin.  James 1:14– But each person is tempted when he is lured and enticed by his own desire.  …Blessings… cjlb…7/26/14

← “….The term THEY can be used singularly when the “gender is unknown….”
“…and message, for today…is, how can we go about doing what were pre-disposed to do…?” →