“…You might could say… that; I’ve found other ways of helping people without loaning money…” 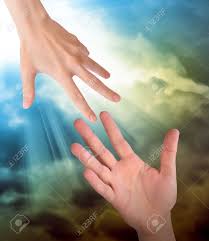 I’ve always felt that one of the “major attributes” of a true LEADER is: COMPASSION. There would be some that would disagree…saying…that COMPASSION is a sign of weakness. I’m thinking back on my days in “serious leadership roles,” and reflecting on my own compassion during that time-frame.

I’m pretty sure that I was COMPASSIONATE throughout my career; even to this day. I’ve always felt a sense of understanding, and warmness. I remember an employee telling me once, that his Father was dying, and he needed $200 to go see him (before he were to die). I took him at his word… and loaned it to him. I NEVER saw him again, or the money.

This is not a lot of money, but over the last 50 years, it would be in the range of $50K. I’ve always felt two things in loaning money. 1. Don’t ever expect to be repaid. 2. If you can’t afford to accept it as a LOSS; then don’t loan it. I’ve always met that criteria. Over the last 10 years, I’ve not loaned any money. The requests keep coming in, but I wiggle out; as “loaning someone out of a problem” is not a GOOD-SOLUTION. You might could say… that; I’ve found other ways of helping people without loaning money.    I’ve had some few people, even on LinkedIn, approach me for LOANS. I decided early on… not to get into that trap. I can still be kind, considerate, charitable….big-hearted; without becoming a BANK.  Too often, loaned money adds to the problem, instead of “solving” it.

Writing on this website is a “form of COMPASSION.” I think that “anytime” you GIVE of YOURSELF, then you represent the true nature of COMPASSION. Sometimes…people just want to “feel wanted.” They need a “sense of APPROVAL. Compassion can provide that. Whenever we show a sense of CARING; then we are being COMPASSIONATE. COMPASSION is not about money; it’s about LOVING your neighbor as yourself. Isn’t there something that bides-well of the saying: “Give a man a fish and he’ll eat for a day?” Teach a man to fish and he can feed himself.”   Personally, I’ve NEVER been fishing (well once with Friend Mick, but I just went more for the ride and comradeship, then fishing). So, I can’t teach anyone how to fish… but I can teach them how to “earn a day’s wages.” And, with that, not only have I been COMPASSIONATE, but I’ve helped that person “care for himself;” allowing him to become more independent. S

everal weeks ago, I found myself meeting someone who was wanting “help” in getting a satisfying job. I asked him, how did he get to my office? He answered: “In a cab.” So, here this guy is… wanting a job, but came to me in a cab… spending at least $10 getting there. He said that he borrowed it from his Mother. I told him that I would help him find a job, only, on the condition that he “walked to work.” He wasn’t interested. But for my part… I was compassionate. There once was a semi-accomplished fellow, in whom, I saw great potential. He had the credentials (a CPA), and knew exactly what to do, but seemed UNWILLING to do it. I offered to mentor him, and explained to him that it would be a “very demanding” process, but if he cooperated, I guaranteed him more money, and more success. He refused. He never told me why; and I didn’t ask; but my frank opinion, is that he was “too lazy.” But, I was willing to take my time, energy, and expertise…. To HELP him get ahead.

So, you see…. We can be compassionate, caring, and even loving (of our fellow man), but if the recipient, is not INTERESTED in the “hard work” aspects; then he’s not a good candidate to help. It’s the responsibility of any leader; I think, to have at least one person that he is mentoring all the time. This is how he “grows tomorrow’s leaders.”

We are told in… Mark 6:34 – When he went ashore he saw a great crowd, and he had compassion on them, because they were like sheep without a shepherd. And he began to teach them many things. Romans 8:1 – There is therefore now no condemnation for those who are in Christ Jesus. Romans 12:20 – To the contrary, “if your enemy is hungry, feed him; if he is thirsty, give him something to drink; for by so doing you will heap burning coals on his head.”

There is nothing more valuable than a man’s time, and certainly if he is in a “serious leadership role. And when “that manager” offers to mentor you; and if you are really serious about wanting to get ahead, then one would exercise extremely good judgement to participate in such an opportunity. If a Leader is not COMPASSIONATE, then his leadership will not sustain.                                …Blessings…cjlb…3/20/15.

← “… I’ve NEVER applied ‘group discussions’ to anything outside of a business settings…”
“…PLEASE….stop and smell the roses. Crossing the bar…comes all too quick… here today…. gone tomorrow…” →