“…you will do well, especially if you “follow my Mother’s good advice….” 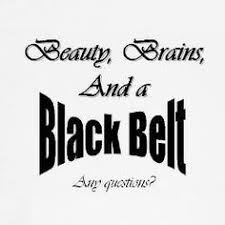 The best advice I’ve ever received, came from my dear Mother. She was emphatic, in saying….”never lie, cheat or steal; don’t smoke, drink or cuss; and don’t mess around with women.” I have been given ADVICE from attorneys, accountants, doctors, all sorts of religious, and well intentioned associates; but nothing “earth-shattering,” such that a good dose of common sense would not have provided….just as well. My own ADVICE is to surround yourself with “good people” and you will do well, especially if you “follow my Mother’s good advice.” Also, it would serve you well to marry a SMART woman. Rather their dumb or smart… they’re going to butt-in your business; so you may as well marry smart. We men, sometimes, do STUPID things; and it is nice that God might bless us with a wife, who is brave, bold, smart, and if that were not enough… also BEAUTIFUL. We are told the story of Napal’s wife Abigale, who interceded to King David about her husband Napal, who INSULTED the young, and inspiring King…. David. Abigail was also brave considering that her actions would soon be found out by her husband, forcing her to face his violent temper.  The next day, after interceding to David; Abigail told Nabal everything that she had done.  Thankfully God spared her from Nabal’s wrath.  Nabal immediately had a heart attack and ten days died later from heart failure. Nabal did not know who David was, but Abigail was well aware.  She knew that David was on the run from King Saul, but she spoke eloquently and prophetically about David and his future reign as king of Israel.  Her speech is one of the longest speeches of a woman recorded in the Old Testament.  Here is an excerpt: “The Lord your God will certainly make a lasting dynasty for my lord, because you fight the Lord’s battles, and no wrongdoing will be found in you as long as you live. Even though someone is pursuing you to take your life, the life of my lord will be bound securely in the bundle of the living by the Lord your God, but the lives of your enemies he will hurl away as from the pocket of a sling. When the Lord has fulfilled for my lord every good thing he promised concerning him and has appointed him ruler over Israel my lord will not have on his conscience the staggering burden of needless bloodshed or of having avenged himself.  And when the Lord your God has brought my lord success, remember your servant.” 1 Samuel 25:28-31. Children are not mentioned in 1 Samuel chapter 25.  Abigail may have been a young, new wife, and had not yet conceived.  After Nabal’s death, David seems to lose no time in asking Abigail to become his wife.  He remembered her, as she had asked (1 Sam 25:31).  It is not clear whether David sought this marriage because of his attraction to Abigail or if it was for political reasons, but he certainly admired her.  Abigail becomes David’s third wife and she bears David’s second son Chileab (2 Sam 3:3). (Her son is called Daniel in 1 Chronicles 3:1.) (Source: Adele Berlin) So, men…. It is clear that we sometimes “mess-up;” and marrying the “right person,” is very important to ensure a joyful family life; not to mention your social and career life. Blessings…cjlb…..5/11/15.