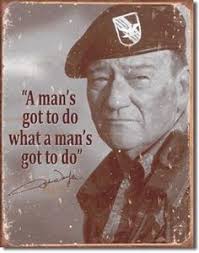 REFLECTIONS on WW-II: I’ve had “war” on my mind for several days, now, and thought that I would SHARE some of my earliest memories of WAR, specifically WWII. I have many stories that I could share, none would involve actual personal service (on my part), but as a child who lived during the war.

That said, I know of the impact that it had on my Mother, Father, and other family members who actually were involved in the war effort. I’ll share just a few of those now. My Father served, as did my Uncles, with distinction, as did my Dear Mother. My natural Father was, by avocation, a horseman. In fact his name…Phil…means “horseman” in many cultures. My Dad was in the Army Air Corps, which later became the Air Force. He served as a gunner, and later he scouted the shores along the East Coast, by “horseback,” looking for German Subs; of which, he spotted many. Imagine that. He was proud of his Service, and after the war, he trained many horses, and competed in many horse shows; all the while, wearing his “Army Uniform,” rather that the customary “silks.”

As for my dear Mother…she worked at age 25, with 3 young boys at home, as an “aircraft assembler,” for Emory-Riddle Aircraft Manufacturing. Some of you may remember the 1942 song…Rosie the Riveter. Well that was my Mom. Considering that my Mother came from a very prominent/wealthy Miami family, who could have escaped such types of work, yet she worked for several years assembling airplanes. I have vivid memory of my Mother, in an effort of scaring me into obedience, telling me that “they have Mussolini out at the Airport interrogating him, and if you don’t do as I tell you, then I’ll take you out there, etc.” Well that scared the crap out of me; as I could visualize Mussolini tied to a chair, and our soldiers beating him into submission.  …And according to Mother….I would be next.

I remember, clearly, of not having butter, which is why, probably, we have margarine today, and sugar, milk, coffee, bread, tires, gas, and many other commodities that were “rationed,” allowing just so much of each. We actually had “ration books,” that had sugar coupons, gas, etc. in each book. Did you ever wonder why the “recap” tire came to be? Buying a “new tire” was just not an option, and then only recaps sparingly.

We had our “victory gardens,” and our “war bonds,” which were purchased out of duty and loyalty to America. The exact same car was being built from about 1939 until 1946…all looking just alike….that is, if you even get one, as the automobile manufacturers were diverted to airplane factories, etc. You didn’t have the selection of cereals, jelly, milk and cheese, etc., like you do today. I can only remember Corn-Flakes and Rice Krispies. If you even had a toaster, it was made in 1930, or so.

I remember my Mother and Grandmother used to sew our shirts from patterns, and Mother would darn our socks. Have any of you ever had a homemade shirt? I can’t remember having a “store-bought” shirt until I was about 11 or 12, and “being the youngest, I had to take my brother’s hand-me-downs;” so, I was still wearing “home-made-shirts” until the early 50’s.  The material they used was actually left-over material used for ladies dresses (from my Grandmother’s dress shop); which was a tad-bit embarrassing for a kid in the 5th or 6th grade.

I remember having to stuff cardboard in my shoes because “rubber” was not easily available for making soles. To add an interesting note; my grandparents, both, were CSI agents (now called The Secret Service). And, lastly, some of you, I’m sure would remember the RKO Newsreels, that used to come on during intermission at the movies, giving “up-dates” of the WAR-EFFORT; which BTW, only cost .09 for the Saturday Matinee, which featured the Mickey Mouse Club.   Ok……. that’s my immediate memories of WWII.   Thanks to you “all” for indulging me with “just a few of my childhood memories” of the 2nd World War.

In parting… let me say, that WAR is a terrible thing. Some wars are more “just” than others, but war is always the result of sin (Romans 3:10-18). At the same time, Ecclesiastes 3:8 declares, “There is…a time to love and a time to hate, a time for war and a time for peace.” In a world filled with sin, hatred, and evil (Romans 3:10-18), war is inevitable. Christians should not desire war, but neither are Christians to oppose the government God has placed in authority over them (Romans 13:1-4; 1 Peter 2:17). The most important thing we can be doing in a time of war is to be praying for Godly WISDOM for our leaders, praying for the safety of our military, praying for quick resolution to conflicts, and praying for a minimum of casualties among civilians on both sides (Philippians 4:6-7).   As John Wayne would say…WAR is HELL! …Blessings….cjlb…8/23/15.

← “…Is our usefulness on the slide, and do we feel abandoned by God…?
“… Sure… society has provided us with “great leaders” that were TERRIBLE people; but God will handle those “rascals;” …. rest assured… God will have the last word…” →