“…Be CAUTIOUS, therefore, that such markings don’t come back to haunt you at a later date…” 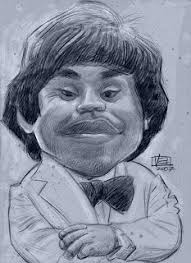 BOOK MARKINGS: Have you ever read a book, a magazine article, newspaper, or even a chapter or two out of the Bible, and notice where the previous reader had made numerous underlining’s, or made notes in the margin?

A “marking” generally indicates that the previous reader considered the word, phrase, or sentence…to be uniquely important to remember, or refer back to at a later time, or day…else, he would not have “marked up the page for all to see.”

Such a marking not only reveals what the person thought to be important, at least to him, but ALSO, it gives a glimpse into his own inner-inner-being, or his thinking process.   Or maybe, even, some revelation as to his intentions. Such a revelation might be, at some future point, be an embarrassment. So…Be CAUTIOUS, therefore, that such markings don’t come back to haunt you at a later date, or at a time-frame in your life that would be very inappropriate for ‘it’ to surface.

Often times, we scribble something in a book margin, and NEVER ONCE think that someone else might be the reader… maybe someone, who would seize an opportunity to embarrass you intentionally.  The same could apply to an important manuscript, business plan, or political document.  And, again, such a document could show up in the wrong hands…wrong place, and the wrong time….so, be careful.

This same line of think could apply to the current fashion fade of “tattooing” one’s body, or even body piercing. An important scriptural principle on issues the Bible does not specifically address is if there is room for doubt whether it pleases God, then it is best not to engage in that particular activity. Romans 14:23 reminds us that anything that does not come from faith is sin. We need to remember that our bodies, as well as our souls, have been redeemed and belong to God. Although 1 Corinthians 6:19–20 does not directly apply to tattoos or body piercings, it does give us a principle: “Do you not know that your body is a temple of the Holy Spirit, who is in you, whom you have received from God? You are not your own; you were bought at a price. Therefore honor God with your body.” This great truth should have a real bearing on what we do and where we go with our bodies. If our bodies belong to God, we should make sure we have His clear “permission” before we “mark them up” with tattoos or body piercings.

← “,,,Most Leaders, generally speaking, miss-gauge when the top-out occurs, and end up being dumped…”
“…God takes what seems to be a necessity of life, and gives us, instead, a unique skill as a substitute…” →

5 Responses to “…Be CAUTIOUS, therefore, that such markings don’t come back to haunt you at a later date…”