“…Disrespect is an ‘acid-coated’ form of RESPECT…” 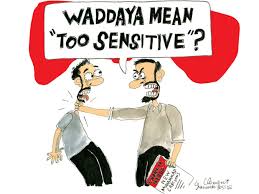 People who disrespect others…. Actually, have NO RESPECT for themselves.   They generally dislike everybody…for some reason, and if there’s “no reason,” they’ll make one up. I’ll wager, too, that they even beat their wives. Disrespect, especially in the form of “bullying,” is a sign of envy, jealousy, poor up-bringing, and total “lack of self-esteem,” and no sense of security. They’re father probably beat them on a regular basis.

Many years ago, as I was a senior at a new school. And… one of the other guys was a very dis-respectful kind of fellow… especially in regards to “the new guy in school,” and I was no exception. I NEVER really had that kind of problem before, and was a bit taken back by it. Standing my ground was not an issue; rather coming to realize that there were people who “thrived” on belittling others…was the greater issue.

So it seemed, I had developed a “following” of people who wanted to “bully me around,” even after I got out of high-school. I began to “push-back” and STOOD MY GROUND as necessary, and eventually they got tired of it.

But, it wasn’t until “I decided” that I would not allow anyone to take away the joy in my life (God’s special GIFT to me) that I was able to “conquer” the problem of DISRESPECT. Once I took command of my own feelings; I became less aware of others disrespect… considering them, rather, to be “just rude.”

Another way of looking at dis-respect, is that it is an “acid-coated form of respect.” They really “want to be like you,” but don’t know how to go about it; hence, they counter it with RUDENESS and dis-respect. It could be equated to the young boy picking on his female classmate all the time. She thought that he was mean and didn’t like her, but to the contrary…He did “like her,” and didn’t know how to express it, and used “meanness” to get her ATTENTION.

We find disrespect, rudeness, and “general-un-kindness” in all aspects of life. There is the co-worker who is “jealous” of you advancement; the social acquaintance who is upset because you can “out-dance” him at the club parties; and then, sometimes… you own company supervisor, or boss, can carry a vendetta of dislike towards you… and gets even by “holding you back” from promotions, etc.

The worse kind of disrespect, though, comes from the FAMILY environ. If there is an “on-going” display of DISRESPECT in the marriage/family; then the earlier that issue is “resolved,” the better.  A conflicted marriage is unlike a co-worker conflict… as, you can QUIT your job easy enough, but dissolving a marriage, or family issues, is a difficult, and prolonged, process, and one to AVOID if at all possible. But, none the less… one that MUST be dealt with.

One place, though, that you can find SOLACE…is in your relationship with God. God is not RUDE, rather, He is LOVING. Romans 5:8 – but God shows his love for us in that while we were still sinners, Christ died for us.

God is not disrespectful, rather, He is PATIENT and FORGIVING. 2nd Peter 3:9 – The Lord is not slow to fulfill his promise as some count slowness, but is patient toward you, not wishing that any should perish, but that all should reach repentance. John 1:9 – “If we confess our sins, he is faithful and just to forgive us our sins and to cleanse us from all unrighteousness.”

God is not a bully… rather, He is a PROTECTOR. Psalm 121:6-8 – The sun will not smite you by day, Nor the moon by night. The LORD will protect you from all evil; He will keep your soul. The LORD will guard your going out and your coming in From this time forth and forever.