“…Fifty-three years ago, while on training for a new job…in snow laden Chicago, I accepted a dinner invitation from …” 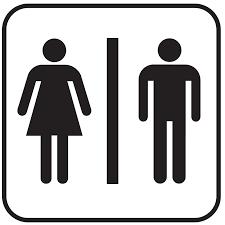 Just how committed are we?  Committing is “giving your all,” and not changing your mind.  When you say you’re going to do something… you do it.  You don’t leave someone standing at the altar.  When we commit ourselves to someone…it’s for the duration…. To the end of time.   Let no man put asunder hat God has joined.

The same holds true for committing to do a particular job. When we accept a job on Friday morning…. Come Monday morning, we should be there.   No matter if the “real job” we wanted was offered on Friday evening.  Things have a way of working out for the best… actually, they work out the way God planned them.  Too often, we don’t see it the same way God does.  I’ve been down that road myself.

I accepted a job, and a good one, one Friday morning.  It didn’t pay what I wanted, but it was a new field for me, and I was blessed to be getting the deal I was offered.  That same Friday evening, I got a call out of the blue, from a fellow that I barely knew… offering me a job as his CFO, for a national company; with outlandish benefits, and worldly travel….at 50% more than the job I just had just accepted.  Believe me…. I flirted with the idea; but in the long run…. I had committed to the other fellow, and I was going to see it through.  Sticking to my first commitment…. Well, it changed my life forever… which is another story.

There are all kinds of commitments, and different levels of commitment.  Fulfilling a commitment is a test of our fiber… a test of character.  It is leaving a legacy to our children, of a parent who has honor, loyalty, and steadfastness.  It gives our children something to live for, to live up to, and to die for.  Our military men and women… they make commitments to protect our country, even at the cost of their own lives…. And many, over centuries, have made that sacrifice.

Fifty-three years ago, while on training for a new job…in snow laden Chicago, I accepted a dinner invitation from a co-worker one morning.  Later that same day, the Senior VP of Finance and Operations invited me to his home for dinner.  I told him, I was sorry, but I had already accepted an invitation (which I could have cancelled).   I honored my commitment. The co-worker, never followed through, and I ended up eating in my motel room… alone.  But the five years, employed with that company, prepared me for where I am today.

Another kind of commitment is when you “commit to God,” to do, or NOT do, something. I made a commitment, to God, not to lease any buildings to businesses that were not in keeping with His Word.  I had a building that I was asking $2500 per month rental.  A guy called me who wanted to open up a “private bar” that catered to a business type, that I felt was incompatible with my own standards.  He offered me $5000 per month rent.   I declined.  Yes, it was very difficult, as it came at a time that the economy was on a down-slide.  But I kept to my commitment.  Two-weeks later, I got a call from a man wanting to buy a 30 acre parcel I had bought three years earlier for $190K; and he offered me $660K.  I accepted, and YES, I felt that it was God’s way of “rewarding” me for keeping my commitment to HIM.

I could tell you many stories reflecting a similar scenario. It pays to keep you commitment; but ALWAYS, make sure that you are committing to something that is morally, ethical, and spiritually proper.  Don’t let the devil get a “foot-hold.”  Numbers 30:1-2 – Moses spoke to the heads of the tribes of the people of Israel, saying, “This is what the Lord has commanded.  If a man vows a vow to the Lord, or swears an oath to bind himself by a pledge, he shall not break his word.  He shall do according to all that proceeds out of his mouth.  Ephesians 4:26-27 – “Do not let the sun go down while you are angry, and do not give the devil a foothold.”

Remember, too, God’s PROMISE to us:  John 11:25-26 “Jesus said to her, “I am the resurrection and the life. The one who believes in me will live, even though they die; and whoever lives by believing in me will never die. Do you believe this?”

← “…There’s still a lot that I want to do, and the toilet paper is getting close to the end of the spool…”
“…The …PROBLEM… comes when we THINK we can control the outcome, but in reality…. We cannot…” →