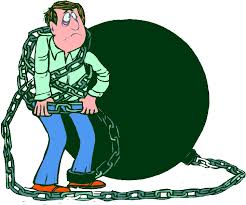 GUILT:   Guilty as charged…. A feeling of responsibility, or remorse, wrongness…real or imagined.  Guilt is a word that I just don’t like.  It may be because I’ve been guilty of so much WRONG doing in my life.  I feel bad enough when I’ve done something that I should not have done; but when applying the word GUILT…. On top of it… well, it’s an “on-going” feeling that I don’t need, or want.

While I don’t like the word…CULPABILITY, either, it is more acceptable to me; as for some reason, it seems less of an evil….or a SMALLER guilt.  As a side note; I wonder how many people, say… out of 10, actually know what culpability means.  I know that I didn’t know…. I admit.  But, I know, intuitively, that it “implies,” to me at least, as being “subject to something.”  So, CULPABILITY “seems like” a “lesser charge” than GUILT.   As I was trying to say, earlier…  GUILT sounds so serious, and so Fatal.  Whereas GULPABILITY …. much less so.

Just recently, I was sharing with a Minister friend of mine, that, even though I have CONFESSED my sins to God; too often, I still feel the guilt from that sin(s).  Now… let’s not get into the possibility that “maybe,” I wasn’t sincere enough, that it would be the reason for the lingering guilt.

Back to my story… My Minister friend, suddenly, pulls up his pant leg, clear up to his knee-cap, and shows me this horrible scar, about the size of a silver-dollar, with spider-like legs extended from it…. A really BAD-SCAR.  He goes on to explain… that his scar is a REMINDER of a terrible motorcycle accident; whereby a “bull” had run out in front of him, causing him to “hit the bull,” and nearly lose his leg in the process.  He continues to explain, with vivid clarity, that the SCAR will never go away, and the REMINDER (his guilt) is always there….comparing it to the feeling of lingering GUILT one might experience.  He concluded by saying….. “I LOVE that SCAR.”  Meaning, to me… that GUILT is a REMINDER of one’s wrong-doing….NEVER to do it again.  W-O-W… I thought, what a parable that would make.

We are told in…  Job 11:16 – And that he would tell you the secrets of wisdom! For he is manifold in understanding. Know then that God exacts of you less than your guilt deserves.

I am reminded that it is said in “The Lord’s Prayer,”….”forgive us of our trespasses as we forgive those who trespass against us.”  So then, it would seem, too, that we must FORGIVE ourselves; and in doing so…maybe that SCAR will disappear.

← “….The TONGUE, in some mysterious manner….is connected to the Human BRAIN…”
“…Most of us, think in ‘worldly terms,’ rather than ‘heavenly, or spiritual terms,’…” →