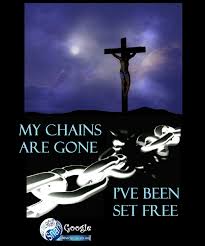 Amazing grace, how sweet the sound That saved a wretch like me …I once was lost but now I’m found …Was blind but now I see….Twas grace that taught my heart to fear ….And grace my fears relieved …How precious did that grace appear…  The hour I first believed. ….The lord has promised good to me …His word my hope secures ….He will by shield and portion… be As long a life endures. ….The earth shall soon dissolve like snow, …The sun for bear to shine…. But God who called me here below ….Will be forever mine. …..My chains are gone …I’ve been set free ….My God, my Savior has ransomed me ….And like a flood His mercy reigns, ….Unending love… amazing grace.

John Newton – 1725-1807.  The origin of the melody is unknown. Most hymnals attribute it to an early American folk melody. The Bill Moyers special on “Amazing Grace” speculated that it may have originated as the tune of a song the slaves sang. Newton was not only a prolific hymn writer but also kept extensive journals and wrote many letters. Historians accredit his journals and letters for much of what is known today about the eighteenth century slave trade. In Cardiphonia, or the Utterance of the Heart, a series of devotional letters, he aligned himself with the Evangelical revival, reflecting the sentiments of his friend John Wesley and Methodism. In 1780 Newton left Olney to become rector of St. Mary Woolnoth, St. Mary Woolchurch, in London. There he drew large congregations and influenced many, among them William Wilberforce, who would one day become a leader in the campaign for the abolition of slavery. Newton continued to preach until the last year of life, although he was blind by that time. He died in London December 21, 1807. Infidel and libertine turned minister in the Church of England, he was secure in his faith that amazing grace would lead him home.

Let us be reminded of the many thousands of courageous military that have fought for us, our Country, and gave their lives, so that we might “live ours” in freedom. John 15:13-14 – “Greater love has no one than this, that one lay down his life for his friends. “You are My friends if you do what I command you.…

Let us, also not forget, that Jesus redeemed our lives, with His: John 3:16-17 – “For God so loved the world, that He gave His only begotten Son, that whoever believes in Him shall not perish, but have eternal life. “For God did not send the Son into the world to judge the world, but that the world might be saved through Him.

← “,,,often, though, we don’t even realize the INFLUENCE that the ‘helping hand’ had on career path…”
“…Here’s a few IMPORTANT questions that will determine your success in life….” →