“…Here’s what I propose: Eliminate those vices that don’t cost much time or money…” 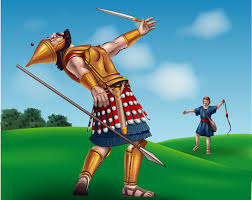 Good vs. Evil.  Some 38 years ago; I decided to cease drinking all forms of alcohol.  Cutting out my ½ pt. over a period of a year, was not too taxing…I admit.  But it was the principle of the thing…right?  My normal drinking habit was that I’d take a 10 oz. glass of Coke, and mix with it, an amount of bourbon that would fit in a cap from a ½ pt. bottle.  So, a ½ pt. would last a long time…as I only had one or two drinks over a week-end.  I just wanted to set an example for my children.  On purpose… I’ve not had a drop since. The amount of time I spent drinking, and the amount of bourbon I consumed, was almost in-measurable.  If you measured my drinking habits against the average USA consumption of 2.75 gallons annually; I would have been considered a non-drinker.  But let’s focus on the DRINKER.  How much time and money does the average drinker spend?  You do the math…there’s not much time or money spent, on average, by the drinker in the USA.  As sinners, we don’t spend that much time/money sinning.  So….why do it?  Remember this….I’m NOT talking about the IMPACT and repercussions that “vice” brings about…that’s another story for another day. I’m approaching all of this from a LOGICAL stand point…and who is logical?  It just doesn’t make sense to drink, gamble, smoke, mess around, steal, and all other forms of VICE… and EVIL.  In the scope of life… it’s just not worth it.  What if we took the same amount of time…and money…and devoted it to our family, society, and to God?  Wouldn’t we be much better off?  Here’s what I propose: Eliminate those vices that don’t cost much time/money, and AT LEAST those will no longer be contentious.   I know…that’s not logical…in today’s society.  1 Corinthians 6:9-10 – Or do you not know that the unrighteous will not inherit the kingdom of God? Do not be deceived: neither the sexually immoral, nor idolaters, nor adulterers, nor men who practice homosexuality, nor thieves, nor the greedy, nor drunkards, nor revilers, nor swindlers will inherit the kingdom of God. …Blessings…cjlb…2/10/14