“…I believe in a “bit of CONFRONTATION” management style…” 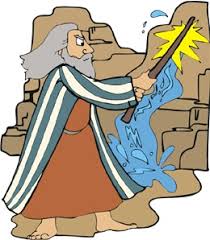 When one is CONFRONTATIONAL, it is generally thought to be in an agonistic, assaultive, or quarrelsome manner.  Any of which would be the least desirable impression to leave.  I choose to use CONFRONTATIONAL as more on the feisty, scrappy, chippy, or DEMANDING.

I believe in a “bit of CONFRONTATION” management style.  While I don’t believe in being RUDE, I do believe in Managing, and LEADING, in a manner that leaves no question as to the direction you wish to take the company, and thereby, it’s employees.  I don’t want anyone to have to “read-between-the-lines.”  And, if a LEADER displays a “softy” approach to accomplish his directives…. Then likely, he’ll get a “soft-response.”

In my career, I’ve tried all sorts of methods to “get the job done,” and have found that the DIRECT approach has always been my best approach. The DIRECT approach is, too often, considered CONFRONTATIONAL, when it should be  viewed as being “more DEMANDING.”   I guess…. It is what it is.  I would not like to leave that impression with anyone, but being a “bit” DEMANDING has never left any scars on anyone.  This approach works well in almost any type of circumstance….Work, home, social, and play.

Suffice it to say…. Being confrontational (or demanding) would not HOLD much water if the Leader using that technique was “just trying to be difficult,” and on top of that…. He was also WRONG about most of what he did.  This technique works best when the Leader is a GOOD Leader, and one that is “results orientated.”   Confrontation does not offset being WRONG.  I think, TOO, that a “bit of confrontation” can also be a LEARNING “tool” for the employees.  Having a “demanding flare” about your “management-style,” exposes the “follower” to ANOTHER type of management-style.

In our spiritual life…. There is no-room for miss-interpretation of what God expects of us.  He, too, I think, is a “bit-CONFRONTATIONAL (or demanding).  For you see, there is no “grey-area” with God.  I think one of the best examples is when God told Moses to provide the Israelites (when fleeing Egypt) with water….by “striking the rock,” and water will come forth.  But Moses, being frustrated with the Israelites, STRUCK the rock several times (as if to beat the water out of the rock), but God instructed him to “strike the rock.” And, because Moses struck the rock “several times,” (instead of…just once) he was not permitted to go into the “promised land.”

We are told in Proverbs 17:27-28 – He who has knowledge spares his words, and a man of understanding is of a calm spirit.  Even a fool is counted wise when he holds his peace; when he shuts his lips, he is considered perceptive.

← “…Happy is the man that findeth WISDOM….”
“… If you ever expect to be a LEADER, then you have to have DEFINATION…” →