“… I noted when she handed me the envelope that it was “un-sealed” and being a nice guy, I contained my curiosity, and didn’t investigate the contents….” 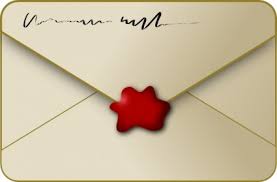 God’s little miracle….I had a very old (90 years), and dear friend (now deceased), who was a nurse with the Red Cross during WWII, and had served in Ireland for a period, as well.  She had developed a close relationship with a local church pastor in Dublin, Ireland.  In 1998, when she had heard that I was going to visit Dublin for a few weeks, she asked if I would “hand carry” a letter and a “cash donation” to give to this elderly priest friend.  Of course, I couldn’t say no…and answered,” of course, I’d be happy to take it.”  I was thinking…. The worst case scenario would be that I would just drop it in a mail box somewhere in Dublin.  I noted when she handed me the envelope that it was “un-sealed” and being a nice guy, I contained my curiosity, and didn’t investigate the contents.  Upon departing, I carried that envelope in my inside coat pocket the entire trip over.  Later, we were on a Tour bus, and I heard the guide say something about St. Stephens Square, so I jumped off the bus at the next stop….about ¾ mile past the Square, and headed back over towards the Square.  Not knowing exactly where it was, I kept asking as I headed towards the Square, and every time I inquired, I was told…”just over there.”  Well, I kept going “just over there,” and finally was in the Square, and asked someone where the Catholic University Chapel (founded by John Henry “Cardinal” Newman), and he pointed straight ahead of me.  As I was crossing the street, and approaching the Church, I saw a car pulling up to go through the gate.  This elderly priest got out of the car to open the gate to enter the courtyard, and I called out to him… “Can you tell me where I can find Monsignor O’Leary?”  He answered… “that would be me Laddy.”  I rushed over, and handed him the envelope and told him how I had come about having it.  He was awestruck that his dear “old friend,” Mrs. Anderson, had sent him such a nice letter and such a large sum of money.  I was awestruck that I had traveled 6000 miles across the ocean, and to the very minute, came upon the “exact priest” that she wanted me to hand the envelope to.  Talk about Divine providence … God surely had His Hand in the travel arrangements.  Romans 8:28 – And we know that all things work together for good to them that love God, to them who are the called according to his purpose.  …Blessings…cjlb…8/31/14

← “…I don’t think one can “inspire” someone else to do evil. But they certainly can influence one to do evil things…”
“…If our “heart is not open to God,” or those that He sends to help us; then who is it open to…?” →

One Response to “… I noted when she handed me the envelope that it was “un-sealed” and being a nice guy, I contained my curiosity, and didn’t investigate the contents….”