“…I was ‘expelled’ from a Catholic High School, for showing a picture of a ‘baby in diapers’ as the head-line for the FASHION column…” 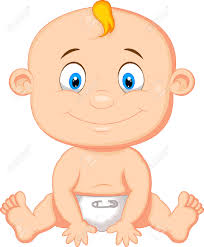 IMPRESSIONS and LABELS? Often a label will stick with one over their entire life…. deserved…or not. Recently, a young student brought a science project to school which was a “home-made-clock.” The teacher reported him, and he was arrested for the possibility of “building a bomb.” Zero tolerance kicked-in, and he got kicked-out. Twenty years from now he will be remembered for that incident… no matter the other more serious good deeds his life may represent.

Another fellow might have slighted someone on a business deal; another insulted someone’s wife; etc. This is how they might be remembered. I ran into a former employee who reminded me of his once slighting me on the phone, not knowing who I was; and in a forgiving manner, I cautioned him… ”Always know to whom you’re speaking to on the phone.”

I was “expelled” from a Catholic High School, for showing a picture of a “baby in diapers” as the head-line for the FASHION column in the school newspaper. As a “joke” I headed the column as “Latest Styles in Diapers.” In 1957, there was “no room for high-school HUMOR.” For many years I was known as the “boy who got kicked out of the local Catholic School.” At least… I was known for “something.”  (And, NO, I don’t harbor any grudges, as there is always a LESSON to learn, on both sides of an issue.)

In the 80’s, if you got caught “doing drugs,”…. You were MARKED. Today…you’re hailed a “hero.” My…how times have changed. Also, having a child out of wedlock would be disastrous. But, not to worry, as these days… the school, or government, provides you subsistence, and baby-sitting service.

Here’s my point: Whenever we do something that leaves a “negative impression” of us …in the community, or among our peer group… or “in the heart of an innocent child;” it will stick to us like GLUE. Not only THAT… St. Peter…well … he keeps a record of our “goods and bads.” He’s kinda like a “Spiritual Santa Claus.” I know… it all sounds a bit silly….but…after all, we “are responsible” for our behavior, as “someone is watching,” and they may THINK that it’s all acceptable behavior; when it is NOT!  Remember “The Clinton Affair.”

Taken together, James 4:5-6, Proverbs 23:6-7, and Romans 12:3 indicate that what a person thinks of himself is clearly important to God.  We all have an image of ourselves that we carry about in our heart. We tend to think of ourselves in a certain way, a persona that we want to project to others. This is not wrong of and by itself. Because we LOVE God, we should greatly desire to project to others an image of Him that is pleasing to Him. What is wrong, though, is that too often the image we project has its basis in some area of pride.

← “…As Leaders, we often hold the lives of others in balance…”
“…It’s OUR FAULT. We, the tax payer… the VOTER… have “given our electorate” a LICENSE to commit…” →

2 Responses to “…I was ‘expelled’ from a Catholic High School, for showing a picture of a ‘baby in diapers’ as the head-line for the FASHION column…”