“…In the market place, our careers are developed in un-equal ways; we approach our jobs, maybe, the same, yet we get different results….” 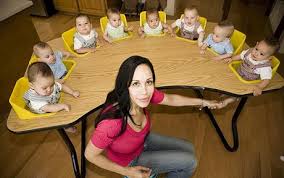 There are some who believe that God treats everybody equally, and that we were created equally.  I don’t agree with that position, and never have.  Matthew 25:14-16 tells us clearly: “For it is just like a man about to go on a journey, who called his own slaves and entrusted his possessions to them. To one he gave five talents, to another, two, and to another, one, each according to his own ability; and he went on his journey.  “Immediately the one who had received the five talents went and traded with them, and gained five more talents, etc.  We.ve all heard this parable which “clearly” states that God gave more talents to the one servant, as He knew that he was the more capable of reinvesting them at a profit.  Proverbs 14:23 – In all toil there is profit, but mere talk tends only to poverty. Did God create Moses equal to the rest?  Or King David?  Or Daniel, or the Baptizer?  Then how about you…. Did God create “you” equal to me?  If our talents, skills, or abilities… were the same, then yes, likely He did.  But such is not the case.  All of us are not equal to Bill Gates, Steve Jobs, or Warren Buffet.  Then we have the Blessed Virgin Mary.  Jesus was born of a Virgin.  Surely, then, Mary is not our equal…she is the Mother of Our Lord, Jesus Christ.  In the market place, our careers are developed in un-equal ways; we approach our jobs, maybe, the same, yet we get different results.  We were created in the Likeness of God…. True, and we are EQUAL in His eyes; but in the worldly sense….we are not equals.  This is way some win races and others do not. …Blessings…cjlb…8/22/14.