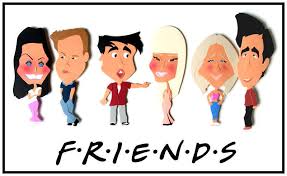 But, last week, friend Mick, and I took a trip towards the coast to meet some friends….the only purpose, of which, was to “talk about the Lord.” Mick and I had had many discussions like this before (just the two of us), but the ideal of doing it with 5-6 in a group, well….was a bit un-nerving. As I’ve mentioned on several occasions…I’ve ALWAYS been a “closet Christian.”

My relationship with God…was between the “two of us.” No outsiders were welcome, as I had set the rule…not God. I “thought” that I had a good relationship, and on some level… I did. But I was “just striking the surface.” It wasn’t until (about 3 years ago) that I came out of the closet. Still…. I kept my “evangelism” on a “one-on-one” basis. The LONE exception to that was my Thursday morning BIBLE STUDY.

That experience (Bible Study) is what really brought me out of the closet. You see, and listen; it wasn’t UNTIL I began to “study the Bible,” that I was able to “really understand” what God was trying to tell me. Plus, I amped up my “prayer-life,” and then; I really began to “hear what He was saying ‘to me.’” My eyes and ears “opened” to His word.

Back to my trip to the coast… We all met (5 of us) at a local Shoney’s for “lunch and God Talk.” It started with a prayer from Friend John, and we just chimed in on “whatever-was-on-our-minds.” I wanted to talk about the theory of “once-saved” always saved. And, “whatever God put together, let no man put asunder.” Each of us had different subjects that we wanted “clarity” on. John and Clarence… they were the “Bible Brains,” in that they knew where to look (and fast) in the Bible for “spiritual support” for this, or that.

My question about “divorce” was from the “Roman viewpoint.” I didn’t (and don’t) subscribe to DIVORCE. John pointed out that when divorce “was allowed,” is when God was not part of the PROCESS. He said; “what God put together,” was the KEY. In many marriages…. God is totally left out of the process. It sounded logical. (My purpose here, is not to pass judgement on anything….but, just to repeat the types of discussions we had). My own Dear Mother was married four-times, twice to my Father; and my Father was married six-times, twice to my Mother. I had more last names that one could count, or remember. I’ve been married to the same girl for 56 years, and while I’ve been around it a lot… still, thank God, don’t have any PERSONAL experience. All of that is another story. After three hours and many subjects, we had a “parting prayer” from Mick… and we all headed in our different directions.

So, you might wonder…. What’s the PURPOSE of sharing all this “talk?” My PURPOSE, is to SHARE with you, the “beauty, joy, and love,” that can be FOUND in a setting, where we’re told in Matthew 18:20 – For where two or three have gathered together in My name, I am there in their midst.”

It is difficult “for me” to put into “words from the heart” that could describe the “magic” between 5 mature-men…oblivious from all around them…talking about God; and His promise of Salvation, and “life-everlasting.” It was an experience that I will always treasure, and one that I look forward to, again, in several months. I would encourage you… given opportunity (or make an opportunity come alive) to participate either in a BIBLE-STUDY group, or a smaller group discussion, such as I’ve been describing to you. Talking, openly, about God, and His teachings… is another way of… communicating with God. Seize every opportunity…and you will find God’s Blessings, and you won’t be disappointed. ….Blessings…cjlb… 3/19/15

← “…“If it’s worth agreeing to, then it’s worth writing down, and signing…”
“…You might could say… that; I’ve found other ways of helping people without loaning money…” →