“…The POWER-of-the-COMMON-man is being eroded every day….” 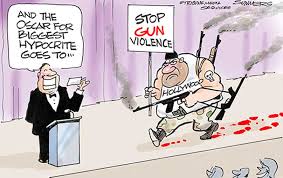 “If you let a hypocrite come between you and God, then the hypocrite is closer to God than you are,” as Zig Ziegler is quoted as having said.  I think it more appropriate to say the hypocrite is closer to you, then God is.  Either way, though, the message is the same.  Would you think, too, that this would apply to just about anything?  When one uses the word hypocrite, are they really talking about some form of evil, and therefore satan?   Sure they are.  I think the biggest hypocrites are those in “high-government-office.”  I think POWER and HYPOCRITS go together …as in, one in the same.  Rather, it be the church, the military, government, the school system; even the public safety departments.  POWER is the enemy.  Our elected and appointed officials ABUSE their POWER.  But wait…I don’t want to get off the real subject.  In the normal sense of the word…to be a hypocrite is to hold other people to higher standard, generally morally, then they hold themselves.  Sometimes, even, to point of enforcing unfair legislation. The POWER-of-the-COMMON-man is being eroded every day. Soon, voting will no-longer be required. The POWER-PEOPLE will simply reappoint each other, perpetuating their own POWER.  At least, as of today…we, the people, still have the POWER to VOTE-the-RASCALS-OUT.  Some think that “term-limits” will solve our problems.  But THINK, don’t we already have TERM-LIMITS?  Isn’t it called VOTING?  If you think that someone has been in office too long, or is abusing their office….can’t YOU, and me, and them…. can’t THEY be VOTED out?  We, the people can effectuate our own term-limits.  We don’t need permission from an in-effective congress.  W-A-K-E-UP!!  Zechariah 11:17 – “Woe to my worthless shepherd, who deserts the flock! May the sword strike his arm and his right eye! Let his arm be wholly withered, his right eye utterly blinded!”  Ultimately, God will take care of those who abuse His children. ….Blessings…cjlb …2/11/14

← “…Here’s what I propose: Eliminate those vices that don’t cost much time or money…”
“…Some people, mostly women, claim to have NEVER known their husbands….” →