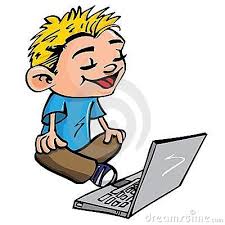 Hard work trumps being SMART.  Working SMART… is even better.

For the most part; higher education has always been a necessity, especially if you were wanting to have a good life for you family and children.  By “good life,” I mean to say, a life without substantial financial worry.  Each time our country has been at war, we tend to beef-up the idea of “going to college.”  With the ENTITLEMENT culture that our country is experiencing, and with the JOB MARKET being so low…. Going to school, or back to school has become more important.  But, just the other day, there was a news-report, where there was some indication that because of the technology revolution, that the children were being taught TECHNOLOGY so early in grammar school, that by the time they were of age to go to college, they wouldn’t need to go.  I think this mentality is a little “off-base.” What do you think?

Obviously, there are a lot of college-age youngsters who are opting “out of the college life,” and going straight into the job market, or the military.  This gives, to me, some creditability to the idea of going straight into the military, right out of high-school, and upon completing your military service, you would be more capable of making the right scholastic decisions, and ultimately becoming more educationally accomplished.  There would be some ‘parents’ who would love to debate the idea of going into the military with me, and I understand that.  But, back to the point.

NOT EVERYONE is college material, or has the desire to go to college. That doesn’t make them “less-smart,” but it does make them less prepared. For me … I’m a bit on the average side….scholastically speaking.  Yes, I did go to college, and I obtained several degrees.  But, was I prepared, and of college material… probably not.  Was I a good student?  Heck NO!  Not, though, because I was not mentally capable.  I was average for two reasons.  I didn’t prepare myself (because I didn’t care ENOUGH), and because I was working 60 hours a week, supporting my bride and three little ones.  I was fortunate that I was able to squeeze out an education… even in the 11 years that it took me.  I was told that I was not college material, and that I would likely not even graduate.  WRONG!  Given the opportunity, on some level, everyone is college material.  Graduate?  Well….I did that…in time.  After college SUCCESS… um; I’m not the judge.

The question could be raised: Is it better to be smart, or better to be a hard worker?  When that question was raised to me; my first thought was:  I’d rather be BOTH, smart, and WORK…SMART.  But, the intent of the question implied that one might be better, or at least, just as well off, if he just worked hard, but DIDN’T continue their schooling.  In other words… just skip schooling and go to work, and just work HARD.  What a terrible question to even raise.  My answer, then, would be to ALWAYS opt to go to school, and when entering the work-world… then work you tail off.

When I was in college, and working HARD; I had the good job opportunities, but I made those opportunities happen, which is where “the SMARTS” come into play.  But, I also saw my same-aged peers starting out at higher salaries, getting the better opportunities…. Purely because they had already completed college.  I had to really WORK-HARD to overcome these sorts of issues.  But…. Overcome them… I did.  But while I was overcoming them, I was also getting my degrees. It all paid off…. Thank the Lord.

The Bible tells us ….Proverbs 13:20 – Whoever walks with the wise becomes wise, but the companion of fools will suffer harm.   1 Corinthians 10:31 – So, whether you eat or drink, or whatever you do, do all to the glory of God.   Proverbs 22:6 – Train up a child in the way he should go; even when he is old he will not depart from it.