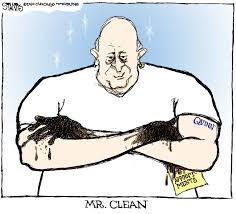 Every now and again, I get to feeling SORRY for myself, and start thinking about “all the people who have WRONGED me.”  I can say, without reserve; I’ve been screwed out of, at least, $3 or 4 Million in my life-time.  Some would say… well, that’s not that much money… and, in once sense of the word… maybe it’s not.  But when you are out scrapping every day, trying to hold the ship together, and the alligators at bay…. Believe me…. It’s a lot of money.  Not to mention what else that money could have produced over time.  Then… too, it’s not so much the lost $$$, as it is the fact that I got taken advantage of, and I hate when someone “gets me.”  And, in several instances, when I was 100% true and correct; the court ruled against me, mainly because, my adversaries were in cahoots with the judge.  Example: I had a judge tell me one time, through my attorney: “Tell Mr. Brooks that even if the jury rules in his favor…he’s going to lose, because I’ll over-rule the jury.”  It’s called the 13th juror.  One might think that I should have put these types of issues behind me….well, believe me…I have!!  In fact; I’ve even FORGIVEN every last one of them.  But, I admit…. Sometimes…my mind does wander.  Now… for the meat of the issue.  Have you noticed that I’ve not mentioned anything about those that I HAVE WRONGED?  Nope… not a word.  Why?  Well… it’s easy to forget.  In fact, it’s more convenient.  I would hate to compare the two… side by side.  No… I don’t suggest that I’ve ever screwed anyone out of money that they were due.  But I do admit that I’ve mastered the skill of being SCHREWED. Notice the spelling….S-C-H-R-E-W-E-D.  I’ve NEVER been very smart, very astute, or do I have much of an IQ.  But one thing I am good at…and that is… getting the last drop of blood out of a turnip.  I could have been more humble, more giving, more loving, more understanding, more compassionate, more considerate, more tender and kind-hearted. I could have had a bigger heart, been more charitable, more trusting, and a better servant to my fellow-man. I guess you could say that I’ve done, only, what was necessary, prudent, and required.  I’ve never been one to give more, when I could have well afforded it.  I share all of this with you, so that you UNDERSTAND that I’m not Mr. Clean.  I stand under a CLOUD, and I’m sorry. I am repentant.  I am trying to be a better Christian, and, I am trying harder, every day, to make up for lost opportunities.  If you see yourself in any of my confession; then I encourage you to be more LOVING, and the rest will follow. James 2:14-17 – What good is it, my brothers, if someone says he has faith but does not have works? Can that faith save him? If a brother or sister is poorly clothed and lacking in daily food, and one of you says to them, “Go in peace, be warmed and filled,” without giving them the things needed for the body, what good is that? So also faith by itself, if it does not have works, is dead. 1 John 3:17 – But if anyone has the world’s goods and sees his brother in need, yet closes his heart against him, how does God’s love abide in him? …Blessings…cjlb…10/14/14.

← “…Our Country’s FUTURE is paying for the entitlements of today…”
“…Don’t confuse a “bit of pride” with ARROGANCE; or a bit of “ego” with being HAUGHTY…” →